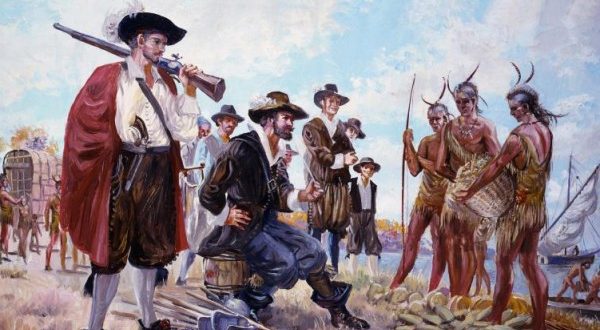 Isn’t it an ironic contradiction that the same group of people quick to rally to the side of immigrants – illegal to boot – are the same ones also quick to condemn America’s first immigrants and label them as perpetrators of rape, pillaging, plunder and genocide?

Whether you see the arrival of the Pilgrims as murderous evil immigrants or a group of people who were leaving persecution and hardship for a better life, the truth is, as often is the case, somewhere in the middle. Are Americans capable of nuances anymore or are we stuck in extreme ends of views and the false belief that it has to be one or the other, left or right? Does a moderate center exist? Are they allowed a voice or is it that their voice is drowned out by the loudest: the extreme left and the extreme right? In the bickering, people have forgotten that there is a middle, a center. 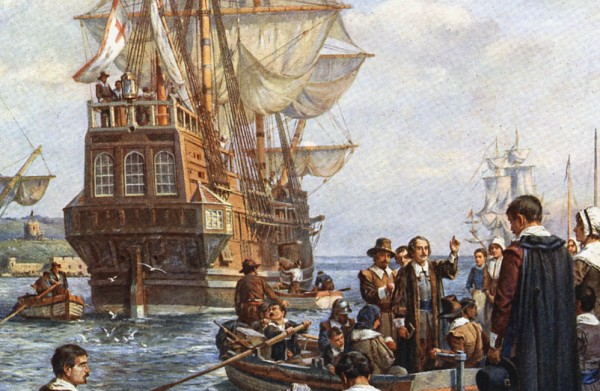 If we can put aside our political filter and look instead with a filter that emphasizes humanity then maybe we can return to decorum, civility, and genuine tolerance instead of the intolerance, hateful words, and callous indifference.

The truth about the Pilgrims, just like the immigrant issue being discussed today, is one that more a gray issue than a black or white one. Both groups were comprised by a majority that simply wanted or want to improve their lives and create a better one for their children. They had and have well intentions and weren’t consumed by evil thoughts that are relegated to a very small minority or hyperbolic fantasy. “I can’t wait to murder, rape and pillage!” is a thought process that is rare. It was rare then, and it is rare today. There are bad seeds and rotten apples in every group and there were bad seeds among the Pilgrims just as there will be bad seeds among any group of immigrants planning to arrive – or walk – to our “shores.”

But they don’t represent the group, speak the group and shouldn’t be the deciding factor on whether they are “allowed” or not “allowed” into the greatest country on earth.

A lot of human tragedy came to America with the Pilgrims. A lot of amazing, wonderful, great things came as well. Lives were changed for the bad and the good. If it wasn’t for the arrival of the first “illegal” immigrants you and I would not be here today – that doesn’t just mean that you would not be in North America, but perhaps you wouldn’t even exist at all. Perhaps your destitute predecessors would not have survived if they stayed in their respective countries.

Regardless, some groups of people will blame “white” people for the pillaging, rape, plunder and genocide but the truth is that after these first British, Irish, English, Dutch, and other nations came they were followed by the Chinese, Japanese, Africans (and not as slaves, but free people), and virtually every nation, culture or race on earth. Are they to blame as well? 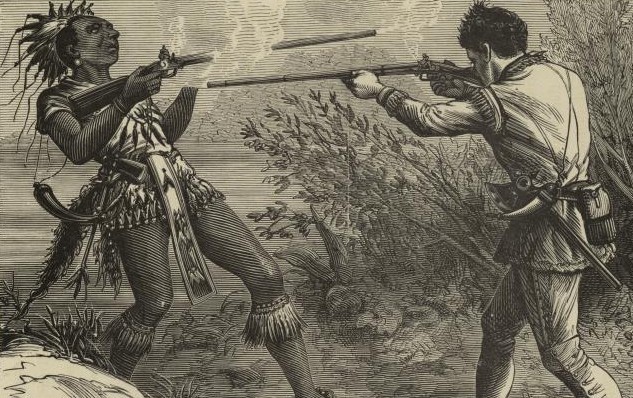 In addition, there are many like myself whose family only recently arrived. I am not alone in having my great-grandparents or grandparents come from a nation like Sicily where families were poor shepherds and farmers, too poor to ever have slaves, and were not part of the Europeans to come to America and exact evils on the Amerindians or First Peoples.

Fortunately, in this day and age, there need not be such evils associated with illegal immigration or immigration period. That’s the first lesson history has for us. If we are civilized and have progressed we should have learned from our mistakes as a nation and be able to demonstrate it. How do we prevent the mistakes of the past? The genocide, the murder, the rape? By not allowing illegal immigrants – like the Pilgrims – to arrive unvetted.

There is a system in place to ensure this to the best of our ability. The security and safety of the current populace cannot be compromised as it was in the past. My great-grandparents were penniless, literally. They abided by the process in place to become a citizen. They respected the process and understood it was to keep the nation secure and the citizens safe. It’s a common story – penniless, destitute, desperate – yet followed the rules of the nation and became a citizen. Anyone can do it, and everyone is welcome to do it. 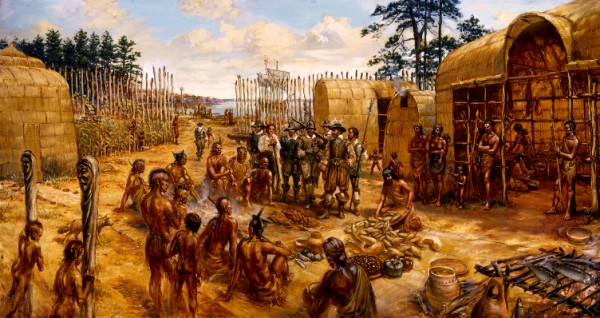 Once the nation was officially established in 1776, the process was in place to prevent the bad seeds or apples from harming America or her populace while simultaneously providing an opportunity and better life for the well-intended. Yes, you can do both and it is a natural view when you strip off the political glasses.

If you believe ICE should be eliminated or are pro-illegal immigration, ask yourself if the right to bypass laws extend to their children or children’s children or do only illegals get the pass. In other words, many Americans today are the children of illegal immigrants – whether descended from the settlers that arrived in the 17th century or you came later – do you despise yourself, the descendants of illegals or those who came legally but are benefitting from a nation first founded by them?

We can have both compassion for incoming immigrants and for those who already are citizens. You know, those human beings that have been relegated as inhuman, sub-human, or scum because for simply holding a different political view? Lets promote legal immigration as much as possible, allow the process in place do its job and let’s do whatever it takes to make it easier for them to do it.

Let’s learn from our mistakes so we don’t repeat them. A mistake of the past was the destruction of the First Peoples by illegal immigrants, let’s not let that happen again. However, it also led to a better way of life for the illegal immigrants and their descendants. Why can’t we have both? Isn’t that progress? Learning from history and its lessons? 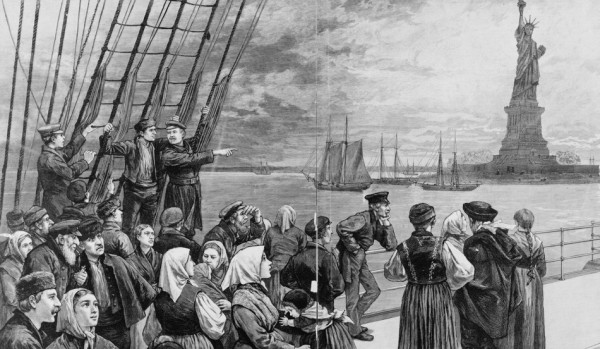 Let’s hold to our humanity and compassion and not lose sight of them. It is both naive and foolish to believe that everyone coming to America means well and that there will be no evil ones. It is compassionate and humane to welcome people who want a better life. The answer is to prevent the evil ones, and welcome the good ones. The answer – if you drop the political nonsense – is both.

Let’s make America great again by welcoming with open arms and a big heart the tired, poor, huddled masses yearning to breathe free through our golden door. Lady Liberty’s beacon-hand is supposed to be a world-wide welcome to the wretched, homeless and “tempest-tossed.” Let’s do it in a way that also respects and honors America’s liberties and insure the safety and security of her current citizens.

What is needed today is for America to pull her extremes back to the middle. A middle that respects the views, opinions and ideas of people of all political spectrums. Whether a person is a Democrat or a Republican, they are an American first.

The bickering, arguing, and divisiveness that has become a character of America today isn’t the true heart and spirit of America, but freedoms, liberties and coming together through thick and thin is.

Let’s make America great again by getting along.

When Joe isn't writing, he's coaching people to punch each other in the face. He enjoys ancient cultures, dead and living languages, cooking, benching 999#s, and saving the elderly, babies and puppies from burning buildings. While he enjoys long walks on the beach, he will not be your alarm clock, because he's no ding-a-ling.
Previous OPINION: ABC Disposal works refuse to stop blocking my driveway
Next 4-Year Old Child Seriously Injured in Crash on Route 93 in Andover 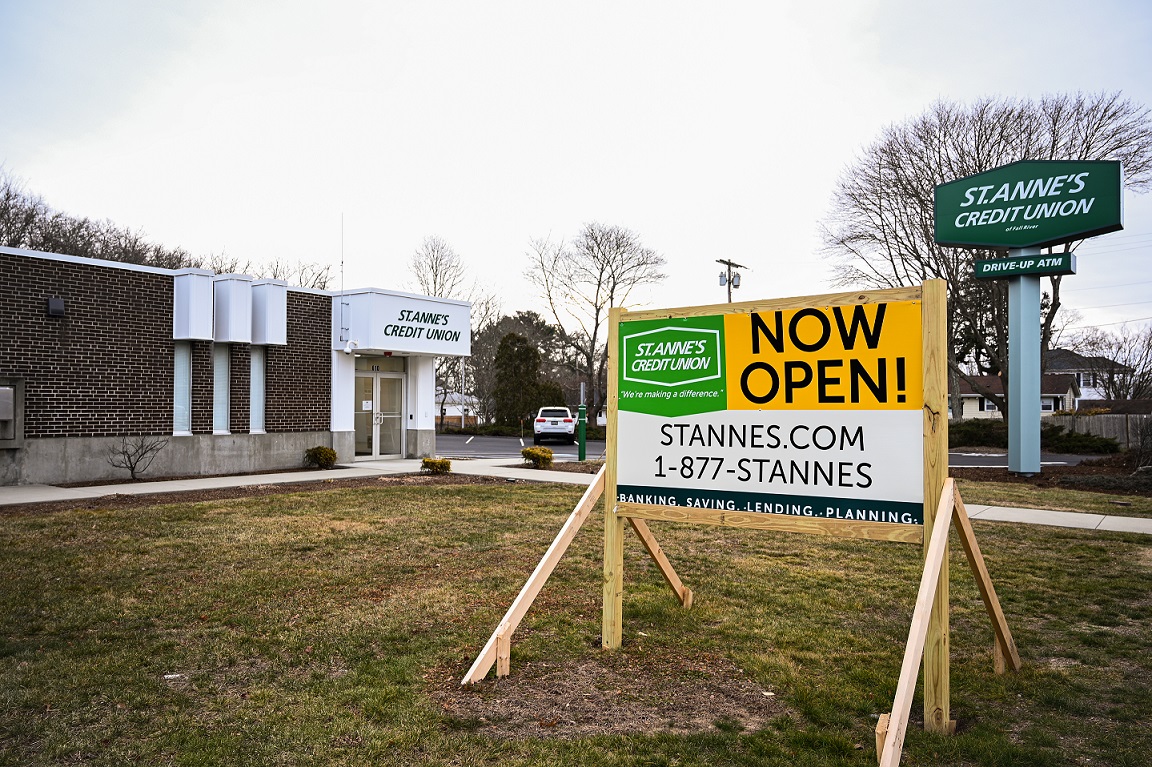 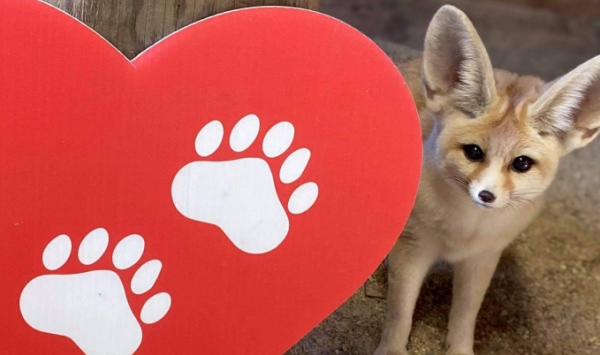 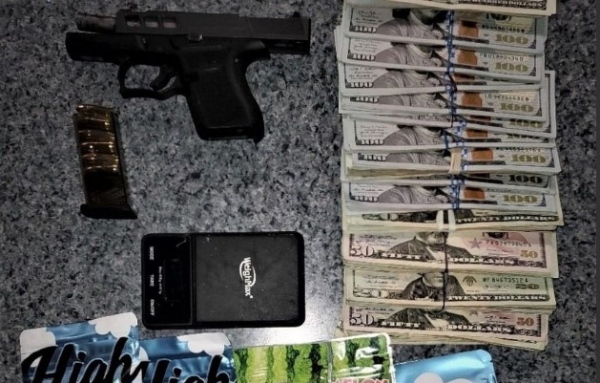 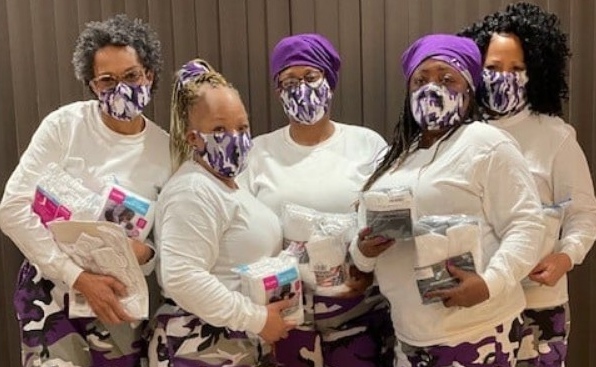