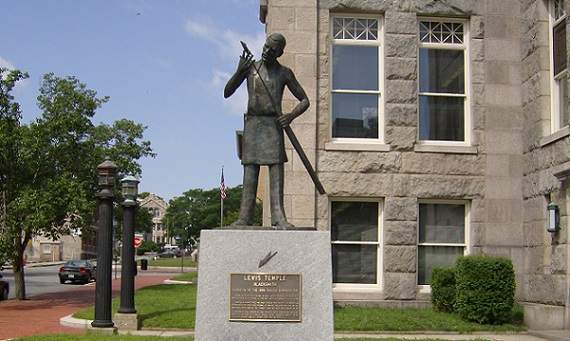 Welcome to the fourth installment of the series “Historical Personages of New Bedford.” The first being pharmacist Robert H. Carter III, the second being photographer James E. Reed and the third was businessman and contractor Dudley Davenport. My intention with this series is to shine some light on the lesser known names and figures of New Bedford’s past. I won’t focus on the more popular and well-known figures since they have not only been covered in substantial depth, but information about these figures is something most people already have a cursory knowledge of. Though redundant to say, if any more information is desired, it is readily available and easily accessible.

Some of these great and popular figures got to be well known, wealthy, or famous on the shoulders of names vaguely recalled or ne’er heard. I don’t want to swing all the way to the other side and overcompensate by saying that these great figures would be no one without those you haven’t heard of. Perhaps they would have, but I think since history has traditionally ignored the lesser-known figures, let’s give them their due!

Temple was born as a slave in Richmond, Virginia in 1800. To place this in context without getting too “heavy”, this is 60 years before the American Civil War which led to the emancipation of slaves. The Constitution actually protected the slave trade. States above the Mason-Dixon line wouldn’t officially abolish slavery for another 4 years, and the South’s cotton industry was just beginning, so they weren’t letting go of slavery. Temple was born smack dab in the heart of slave country.

The treatment of slaves during this period was abhorrent. Flogging, lynching, regular beatings, branding, and rape weren’t uncommon. While history records Temple as being a free man, he was not born so. Being surrounded by these conditions must have been psychologically taxing and spiritually draining. Whether he left the South because of these conditions or to find better work is unknown. What is known is that he arrived in New Bedford in the early part of 1829. Likely it was a combination of factors; the north had abolished slavery and was treating black people more humanely – though relatively so – and New Bedford’s whaling industry insured income and needed skilled craftsmen like Lewis Temple.

Temple was a Blacksmith by trade and opened a shop on Coffin’s Wharf at 3 Walnut Street. He would practice as a smith at this specific shop for the rest of his life. The same year that he arrived he married a Mary Clark, whose family had recently moved to New Bedford from Baltimore. Together they had three children.

Abolitionism was very important to Temple, and he was very active in the movement. By 1834 he was a free man, one of 315,000, and served two important roles within the anti-slavery movement: he was one of the black auxiliaries to the Massachusetts Anti-Slavery Society and vice president of the New Bedford Union Society.

Temple made a decent living and was able to support his wife and three children. Since Temple was often crafting tools, harpoons, and other whaling trappings, he was in the thick of the industry “issues.” One of those issues was whales who were finally spotted and harpooned, would often still escape. The early harpoons were based on what was thought to be utilized by native Amerindians. In essence, these were spears that penetrated the target but did not fasten to the whale. This was called a “common iron.”

A supposed improvement on these common irons was to add a barb called a flue. These harpoons had one or two flues that looked like an arrowhead. These flues were supposed to create drag or friction, snagging the whale when the pulled on. However, they were basically glorified darts that did little to actually keep the whaleboat fastened to the bounty.

Where Lewis enters the history books is with his innovative solution to this problem that haunted whalers in 1848. He did away with the static flues and made the head pivot or toggle. The tip of the harpoon would be streamlined and easily embed in the whale’s flesh, yet when the line was tugged the flue would cause the tip to pivot and lengthen. This was so effective that the only way to remove the harpoon was to actually reel the harvest in and butcher it out. This was dubbed the “Temple Toggle”, “Temple Iron” and eventually his surname was dropped and simply called the “toggle iron.”

Amerindians, especially the Inuit had been using the toggle, made from bone for thousands of years, in spite of the fact that Temple would be credited with its invention. They used them to catch, fish, turtles as well as whales. In addition, Englishman Francis Thompson had invented what is called a grommet pivot for harpoons. Whether Temple just did a better job of observation, actually had intimate contact with Amerindians, was influenced by Thompson’s early design, or came up with the idea on his own, isn’t known. Temple’s version was a vast improvement and one that was vastly sturdier and superior to its progenitors.

Initially, there was resistance and skepticism about the innovation, and in some cases downright refusal. Within the context of the era, while slavery was abolished in the north, there were plenty of social issues that hadn’t been yet worked out. Many whites didn’t consider blacks to be very intelligent and thought them to be base. Of course, not all people were bigoted and ignorant, and those who were more progressive in thought gave Temple and his toggle iron a chance.

Like many things, word of mouth can be responsible for an immense success in a business. It only took a few voyages where there was a dramatic increase in a harvest for Temple’s toggle harpoon to spread like wildfire. Clifford Ashley, author of The Yankee Whaler, stated that Temple’s toggle was “the single most important invention in the whole history of whaling.” Indeed, by 1850 most whaling ships had made the transition and this had a marked effect on the harvest and revenue of the crews and vessels. This proved to be an economic boon for the industry and especially the city. So much so that a law firm, Delano and Pierce offered to pay for Temple to open a new, larger shop.

While Temple was responsible for the toggles invention, he did not patent it and this led to many frauds claiming to be its creator. The toggle entered mass production and Temple was left in the proverbial “dust.” He still benefited financially from the toggle, but missed on on a potential fortune had he patented it.

The city was hired to build his new shop that Delano and Pierce had funded and began construction on a site at the foot of School Street in 1853 on the Steamboat Wharf. While part way into construction, Temple visited the site to see its progress and was crossing a plank placed over a sewer trench. He slipped and fell into the trench because the plank was not fastened by a negligent town worker. I know what you’re thinking. I won’t say it. I was unable to find any historical records on the breadth and depth of this trench and the extent of Temple’s injuries, but suffice it to say that it was a rather large one and his injuries were very severe.

While recovering from his injuries, Temple began to sue the city, most likely under the advice and assistance of his friends at Delano and Pierce. Unable to work in the interim, Temple began to slip into financial debt. Within a year, Temple won his case and was awarded $2,000, but alas his haunting injuries ended up killing him before he saw any of it. To add insult to injury, the $2,000 awarded was used to pay off the debts accrued due to his inability to work. His heirs, family and estate were not able to benefit from these monies and were left with $459.

A statue in Temple’s honor was erected on the lawn of the Public Library in 1987. Since Temple was alive in an era when photography was not very common and restricted to the aristocratic and wealthy, a likeness of his son, Lewis Temple Jr. was used. His handiwork and craftsmanship can be seen up close today, as the New Bedford Whaling Museum has many of his harpoons in their collection.

Lewis Temple was an innovator that greatly contributed to the prosperity of the whaling industry and the revenue generated by it. A monumental figure in economic terms and in the role of African-Americans in society. He disproved the ignorant paradigm of the day on the intelligence African-Americans and showed they were far more capable than the thought of the era dictated. His contribution to the economy, history, and city helped paved the way for African-Americans after him.

If you are interested in the more technical aspects behind the crafting, design, and use of the toggle iron, more reading can be found on this fascinating website. Nerds unite!

When Joe isn't writing, he's coaching people to punch each other in the face. He enjoys ancient cultures, dead and living languages, cooking, benching 999#s, and saving the elderly, babies and puppies from burning buildings. While he enjoys long walks on the beach, he will not be your alarm clock, because he's no ding-a-ling.
Previous Working Waterfront Festival Celebrates 10th Anniversary with 2 FREE Events!
Next New Bedford City Council Agenda – May 9th, 2013 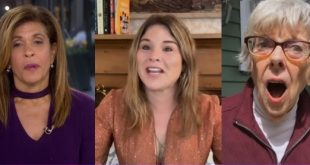 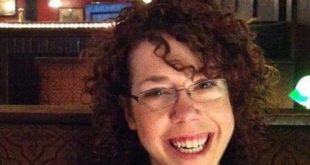 by Bonnie Boerl, MD In this time of great uncertainty and fear, many of us …