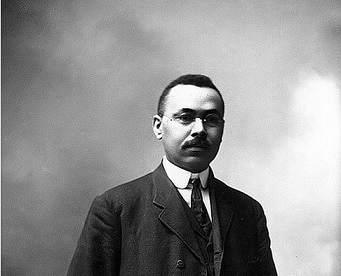 Welcome to the second installment of a the series “Historical Personages of New Bedford”, the first one being Historical Personages of New Bedford: Robert H. Carter III. My intention with this series is to shine some light on the lesser known names and figures of New Bedford’s past. I won’t focus on the more popular and well-known figures since they have not only been covered in substantial depth, but information about these figures is something most people already have a cursory knowledge of. Though redundant to say, if any more information is desired, it is readily available and easily accessible.

African-Americans played a prominent role in New Bedford’s growth, progression and history. There is hardly a facet of society, high or low, that they did not participate in. From menial jobs like custodian, cook and lamplighter to ship building, medicine, and law. One of those professions, photography, was beginning to take off in America in 1880s. One particular New Bedford citizen saw the merit and potential revenue that could be generated by someone who had a keen eye and attention to detail. That man was a one James E. Reed, one of two important African-American photographers in New Bedford’s early history. Mr. Reed had begun to take photos of city streets, whaleships, and people, whether black, white, purple with green polka dots, young, old, etc. He clearly had a passion for photography as he was quite prolific.

In 1884 a fellow by the name of George Eastman (of Kodak fame) found a way to use film instead of photographic plates. The use of plates meant a rather modest amount of materials, including chemicals had to be lugged about. In 1888, his Kodak camera meant anyone could take pictures with the press of a button, and his slogan advertised “You press the button, we do the rest.” This revolutionary, innovative process helped make photography cheaper and more practical to practice. Here was a fellow that was already practicing photography regardless of how expensive it was, and perfectly poised for this new development. Someone in his profession found a way to do it cheaper, allowing him to practice even further? Oh boy. He was like the proverbial kid in a candy store.

By 1895 James E. Reed was bringing in enough revenue to open his own studio, which he did with his partner Phineas C. Headley. Headley & Reed were the premier studio at 5 Purchase Street in New Bedford and ran a successful business from 1890-1896. For unknown reasons Headley left the business in 1896, however, Reed continued on at this particular site for another four years until 1900. Reed struck out on his own at another location that I had serious difficulty tracking down. I found a single reference in the form of a letter addressed the James E. Reed at the address of 7 Purchase Street. I could not confirm that this was a simple error or that he did indeed relocate next door. What I do know is that he was in business within the city until 1914, which as many of you know was the time that the city begun to widen Purchase street. A fair number of buildings were lost to history when the street was widened and we do know that Reed’s studio was one of them.

It seemed at this point in Reed’s life that perhaps his passion for photography – as a business anyhow – had waned as he moved on and became the first Photostat Operator for the Massachusetts State Archives, a position he held until he retired. It could be that his passion for photographer still was there, but this offer was financially superior to his career as a photographer. I’m willing to bet surviving relatives could fill in the missing pieces with anecdotal mortar. If by happenstance, you dear reader are a descendant or friend of the family, by all means clarify or fill in the gaps!

Behind every great man lies a great woman; Anna Jourdain
James married Anna Jourdain and occupied a homestead at 172 Arnold Street, one of two octagon houses in New Bedford in 1880. His wife studied at the Swain School of Design and used the skills she learned there to embellish her husband’s photos by coloring and tinting them. This breathed life into the otherwise black and white photos ad surely contributed to the popularity of Headley & Reed in eventually Reed when he struck out on his own. His wife also worked on Tiffany style lampshades for the famous Pairpoint Company of New Bedford.

Their home was built in 1866 for the beard family, but became known as the Reed house as the family occupied the site for over 100 years until 1992 when it was sold to Gary and Lyn Newton. On the 100th anniversary (March 17th, 1991) of the Reed family having occupied the home, they held an open house. They had at least one child, Elsie Jourdain Cole who lived until passing away on March 24, 1996 living to the ripe old age of 102!

It is due to the passion and foresight of James E. Reed that we have so many historic photos from the 1880s onward. Anyone who visits any of the historic websites, reads any history books in the area (especially ‘A history of the town of Acushnet, Bristol county, state of Massachusetts’), or has read some of the historical articles on New Bedford Guide has most likely come across his photos. His cabinet card -the most widely used method in the 1870s of portraiture by mounting it on cardboard- of Frederick Douglass is one of the most famous images of the iconic historical figure.

When Joe isn't writing, he's coaching people to punch each other in the face. He enjoys ancient cultures, dead and living languages, cooking, benching 999#s, and saving the elderly, babies and puppies from burning buildings. While he enjoys long walks on the beach, he will not be your alarm clock, because he's no ding-a-ling.
Previous New Bedford to Host a Paper Shredding Day (April 27th)
Next Pushing Beyond Limits at The New Bedford Half Marathon 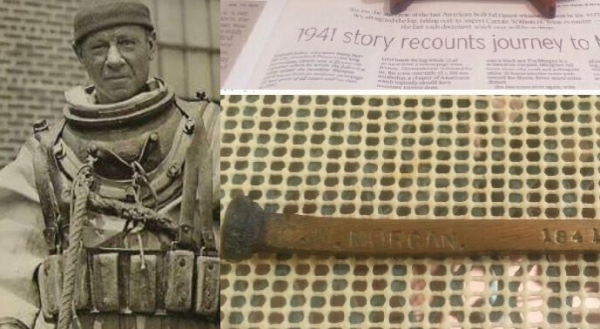 During the month of July, the 23rd Lights for Peace flag to fly at the …