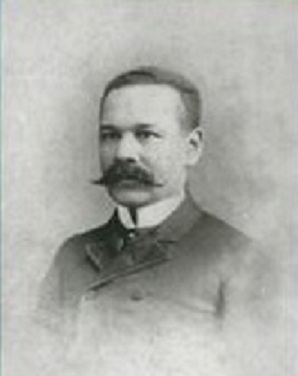 Welcome to the first installment of a brand new series “Historical Personages of New Bedford.” My intention with this series is to shine some light on the lesser known names and figures of New Bedford’s past. I won’t focus on the more popular and well-known figures since they have not only been covered in substantial depth, but information about these figures is something most people already have a cursory knowledge of. Though redundant to say, if any more information is desired, it is readily available and easily accessible.

New Bedford is rich in African-American history. African-Americans were one of the ethnic groups pivotal and central to its success and growth. New Bedford simply wouldn’t be the city it is without African-Americans and early on in its history held jobs across almost every occupation, from leather worker, smith, salesmen, to grocer, barber, and cooper.

I have discussed with multiple people who had no inkling that African-Americans played a prominent role in New Bedford’s history. While people are familiar with Frederick Douglass, many aren’t aware of the Black Heritage Trail which has 37 stops, or Lewis Temple who revolutionized the whaling industry.

Ask people who Captain Paul Cuffe was, and where the park dedicated to him is and you’ll catch many unaware. Ask someone if they know where President Abraham Lincoln’s official site for recruitment of the very first all African-American regiment, the 54th, was and you will find that most will not know.

Now, this isn’t to say every person in the city should know everything about every aspect of the city’s history, particularly that of every ethnic group. It is also not to say that you, dear reader, did not know these things already. If you knew one or more them, then pat yourself on the back. If you know all of them, than you are a better local historian and more knowledgeable than I. You certainly know a greater deal than most.

Rosa Park’s stand (pun intended?) is a fine example. A “simple” act with massive, profound effect. Was it a great battle against all odds of 300 against 10,000? Was it someone taking over a plane after a pilot has had a heart attack? Is it an exciting story of a man fighting a bear with his bare hands? It was an elderly lady that refused to give up a seat. No explosions, high body count or super model, but you’d better damn well believe that “boring” act was immensely powerful.

So I introduce Robert Hayden Carter III (1847-1908). Carter paved the way for African-Americans by being the first to practice pharmacy in Massachusetts, which he did by earning his license in 1886. At this time in the nation’s history African-Americans or blacks had very little rights, and for those who had rights as freemen, they had to deal with the social conditions of the time.

New Bedford was an area that had a substantial anti-slavery sentiment, had the underground railroad, and was an abolitionist hotbed. New Bedford was a bit friendlier towards blacks and provided more opportunities than were the norm. This however didn’t mean they had it easy, or that there weren’t some massive societal hurdles to overcome. In spite of this, there were quite a few individual success stories like black lawyers, business owners, and even council members. A tribute to perseverance, dedication and optimistic doggedness. They took what opportunities were available or created their own!

Carter seemed to be destined to be a pharmacist as he expressed an interest very early on in life. In fact, by the time he was a teenager he was already an apprentice. The fabled anecdote is that he discovered a person’s wallet one day with $400 (about $10,000 today by some estimates) in it while shoveling snow and turned it in to the proprietor where he discovered it. That shop happened to be a pharmacy or drugstore and thus his apprenticeship began. By 20 he was considered a master. In spite of this, he remained unlicensed due to the restrictions and societal hurdles of the day.

If his story ended there, it would be one to be proud of. Not many of us can say we played a role in changing society’s paradigm. While perhaps less complex in that time period, to become a master pharmacist by age 20 is quite an accomplishment. I think many of us would be satisfied with these achievements, but Carter wasn’t. His ambition superseded any restrictions. It’s almost as if they didn’t even exist and he saw nothing but opportunity.

Carter’s next step was to take his successful pharmacy and replicate it. In 1892, he opened another shop on the corner of Kempton Street and Cedar Street. He eventually had three drugstores in New Bedford and two in Boston within a ten year period from 1895-1905. On January 5, 1886, he was officially certified as a registered pharmacist.

His story is interesting enough considering the context. A prodigy who skirts the social pressures of the day, takes on a profession not considered normal for his ethnic group, and sadly not even considered capable of because of his skin color. In light of this, he proves everyone wrong. A simple “staying seated on a bus”, but powerful nonetheless.

When Joe isn't writing, he's coaching people to punch each other in the face. He enjoys ancient cultures, dead and living languages, cooking, benching 999#s, and saving the elderly, babies and puppies from burning buildings. While he enjoys long walks on the beach, he will not be your alarm clock, because he's no ding-a-ling.
Previous New Bedford Guide Political Candidates Policy, Offerings for 2013
Next New Bedford Now Accepting 2013 Field Permit Applications