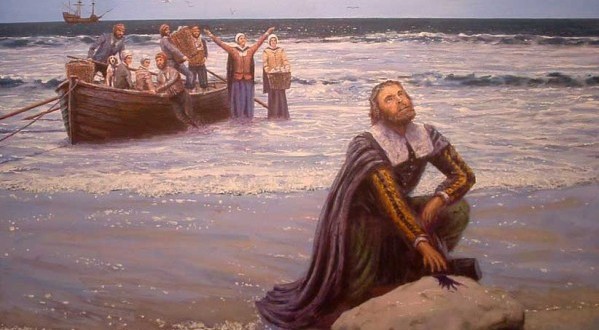 Topham Street is a two block long residential street with history that goes back to the early 19th century. What is a Topham and how does relate to the city of New Bedford? What is so important that a street would be dubbed Topham?

Etymologically speaking, the word “Topham” is a compound of “top” and “ham.” “Ham” is a diminutive of hamlet, which is defined as “…a small settlement, generally one smaller than a village.” These hamlets or hams were unincorporated dwellings on the outskirts of town – people out in the “boonies.” These communities weren’t large enough for a church, so were parts of a parish.

Topham is a hamlet on the River Went, in Skyehouse, South Yorkshire, England. Phew, that’s a lot descriptors. let’s just say that it’s a quiet little hamlet in the North of England. The reason it is called so has been lost to time, but one explanation is that it was called “Topham” because it was a hamlet that was built on the top of a “hill” to avoid flood waters from the River Went, a tributary of the River Don. The area is very flat, and the area where Topham is built, is about 16 feet above sea level, so I use the term with some liberty.

Another explanation is that it comes from Danish-Viking word ‘throp or thorpe’ which means village or farmstead and is relatively common in that part of England.

I’m not completely sure of the size of Topham “back in the day,” but today Topham has less than a dozen homes in it and it appears they are all farms.

So how did we get from Topham, a small settlement of homes in England, to Topham as a surname? Well, it’s a British “thing.” Surnames didn’t come into use until the 13th-14th century in England. Up to that time, you were known by who your father was, e.g. John son of John, your occupation, e.g. the Smith, the Tanner, etc. or by where you were from, John from York. These would eventually be shortened to John Johnson, John Tanner, or John York.

Locational surnames were especially popular for those who emigrated to the New World. Many British still recalled their home towns fondly. They didn’t necessarily leave because they disliked where they came from, but rather because of poor economic conditions, religious intolerance, or simply seeking new opportunities.

In the case of Topham, it appears the surname was chosen as a way to pay tribute Topham proper. To remember your roots and where you came from. Apparently people though highly of this little part of the word, because Topham and its myriad of mind-boggling variations can be commonly found – almost ubiquitously so. There is Toppham, Tophamn, Tophams, Tophan, Tophann, Tofahm, Tophma, Topha, Toapha, Tophain, Thopham, Tophane, Tophm, Tophans, Tophqm, Tophal, just to name a few.

When it comes to the specific variations here in Massachusetts, you’ll find Toppan, Tappan, and Topham. Trying to follow the lineage of one family is tough enough. Having variations is overwhelming and it’s prudent to narrow things down.

Things get very messy, especially when the various Tophams intermarry with the Giffords, Rogers, Shermans, Pecks (via pilgrim Joseph Peck who came aboard the Diligent in 1638), Morses (of Morse drill “fame”), Crapos, etc.

The first Topham to come to the New World was Abraham Topham, baptized on April 10, 1606 in Calbridge, England, the parish of Coverham, about 70 miles from our Topham. 30 year old Abraham arrived in Yarmouth in 1637 aboard the “Mary Anne.” He brought with him, his wife Susanna, children Peter and Elizabeth and their maidservant, 18 year old Anne Goodin. For unknown reasons this Topham, altered his surname to Toppan upon arrival.

Since the name of the street is not one of the Toppan or Tappan variants, that is what I’m sticking with. Especially since, Tappan is the word for the Lenape tribe that inhabited a region of New York at the time. End trail.

These descendants spread out over Martha’s Vineyard, Nantucket, Newport, Newburyport, and other parts of New England. The first one to turn up in New Bedford is Robert Carter Topham (1815-1889), born in Newport Rhode Island. His connection with the Pecks from the Mayflower are via his mother Mary Richmond Peck 1787-1822). He married Bathsheba Barton (1815-1892) on June 10, 1838.

It’s difficult to find out the exact year that he and his wife removed to 89 South Second Street, New Bedford, but by 1850 he was referred to as one of the wealthiest residents of the city. How did he build his wealth? He owned an eponymous lumber company at 2 Griffin Street that benefited greatly from the booming whaling industry. He and his wife were endeared by locals for their charitable donations and advocacy for children.

Per descendant and New Bedford resident C.P. Sherman, he also volunteered as a fireman, was a member of the fraternity the East Mason’s Lodge, was on the city’s Fireworks Board, and the Treasurer/Steward at the Fourth Street Methodist Church and Grace Church. On the topic of children, he and Bathsheba had two sons – Philip Morse Topham (1839-1897) and William B. Topham (1853-1914).

William, a lifelong resident of New Bedford, would serve as City Auditor for most of his life. Philip would serve on whaling vessels and as a mariner and in the Merchant Services until the start of the Civil War. Having a military bent he decided to enlist and saw fighting at Gettysburg as one of Abraham Lincoln’s Minute Men in the 3rd Massachusetts Regiment. He would eventually transfer to the U.S. Navy aboard the U.S.S. Calypso, before returning to New Bedford to help his father run his business, as a clerk.

So, in all likelihood Topham Street got its name from one of its wealthiest, charitable, and philanthropic citizens who was active in the community: Robert Carter Topham. Robert passed away in 1889 and was buried at the Rural Cemetery and Friends Cemetery on Dartmouth Street.

When Joe isn't writing, he's coaching people to punch each other in the face. He enjoys ancient cultures, dead and living languages, cooking, benching 999#s, and saving the elderly, babies and puppies from burning buildings. While he enjoys long walks on the beach, he will not be your alarm clock, because he's no ding-a-ling.
Previous Dartmouth Police Department seeks public’s help in identifying shoplifting/larceny suspects
Next New Bedford man shot during robbery walking home with friends