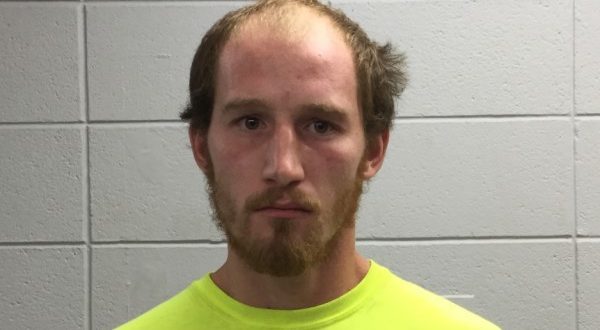 On Friday, August 9, at 2:11 a.m., Wareham Police Officers Calib Larue, Stephen Harrison, and Robert McLain, along with Sergeant Herb Noble, responded to Robertson’s GMC for a report of a male trying to get into cars.

At the scene, Officer Larue located a male between two trucks who was initially uncooperative refusing to show his hands. Officer Larue performed a quick pat frisk and found items that had been stolen from the business in the suspect’s possession.

In addition, the officers discovered pills in his vehicle that did not belong to him. Daniel P. Gill III, 26, of East Bridgewater, was placed under arrest charged with trespassing, larceny under $1,200.00, and possession of a Class “E” drug.