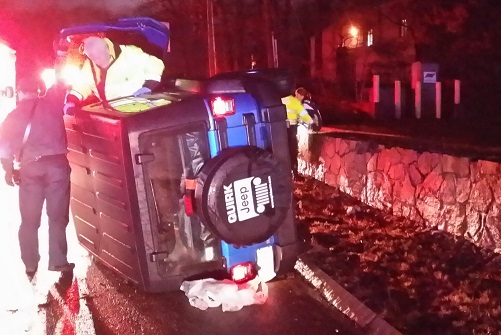 Mr. Wilfork departed after ensuring the troopers didn’t need any further assistance. Foxboro Fire Department and EMS responded to the scene to check on BROOKS. She was subsequently placed under arrest by Trooper Michael Lokitis, and was charged with operating under the influence of alcohol and negligent operation of a motor vehicle.