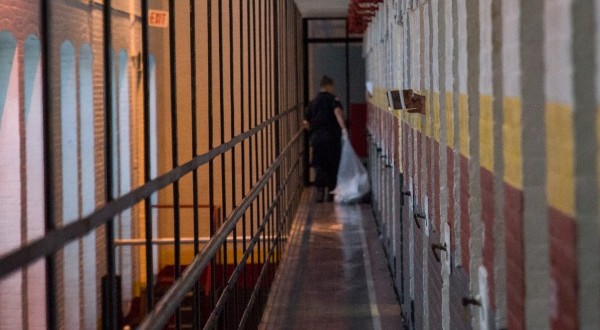 OPINION: “Mayor Mitchell, I dare you to spend one night in New Bedford’s Ash Street jail!”

“Mayor Mitchell: spend one night in the Ash Street Jail!

The recently printed comments of Mayor John Mitchell regarding the proposed closure of the New Bedford Ash Street jail and that “the proposal to close Ash Street may or may not ultimately make sense,” are puzzling and disappointing.

The mayor remained essentially silent and non -responsive, during the many years of his administration, despite the continuing reported and documented complaints of unhealthful and unsafe conditions at the facility. And despite being informed by various committees, and having access to publicly printed Massachusetts Department of Public Health yearly inspection reports, that identified repeated health and safety violations at the Ash St. facility Mayor Mitchell never weighed into the discussion.

The local and state-circulated newspapers, and other media, consistently described in graphic detail, the continuing allegations of rodents, roaches and moldy cells. And most disturbing were reports of plumbing failures that produced raw sewage seeping down some of the cell walls.

Just reviewing the myriad of law suits filed by the estates of incarcerated individuals who committed suicide, which are available at the Superior Courthouse in New Bedford, attests to the desperation of some of the these detained at this facility.

Putting aside the humane and rehabilitative aspects of closing the jail, fiscally mindful residents would be appalled if they were accurately informed about the enormous financial costs of running this antiquated jail for the last twenty five years.

Mayor Mitchell, not having previously commented, or utilizing his office or position to improve the conditions at the jail, nor joining the chorus of concerned citizens to shutter this abysmal antiquity his comments are unhelpful and appear politically motivated.” -Betty Ussach, Dartmouth.