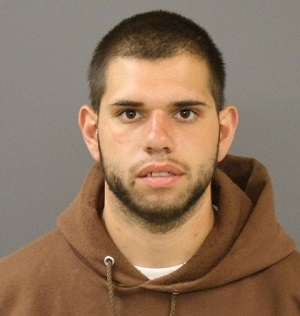 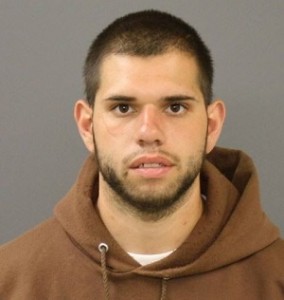 On Sunday morning at approximately 10am Sgt. Joseph Escobar on routine patrol observed suspicious behavior in a tractor trailer parked in the 900 Block of Shawmut Ave. Upon investigation he found a male inside the trailer that was packed with Coca Cola products. He was taken into custody without incident.

The suspect had pried the rear door of the trailer and was in the process of taking the items. He was transported to booking where he asked to use his cell phone. He used the phone to call his girlfriend who has an active restraining order against him.

Scheduled to be arraigned this morning in New Bedford district court;