During the month of January, the 17th Lights for Peace flag to fly at the Fort Taber – Fort Rodman Military Museum honors the memory of Walter LaBerge, who served with the United States Army from 1959 to 1965. LaBerge entered into the military on November 4, 1959 and did his basic training at Fort Dix, NJ. He was attached to Company B, 1st Battalion, 23rd Infantry as an infantry soldier assigned to Fort Richardson in Anchorage, Alaska. 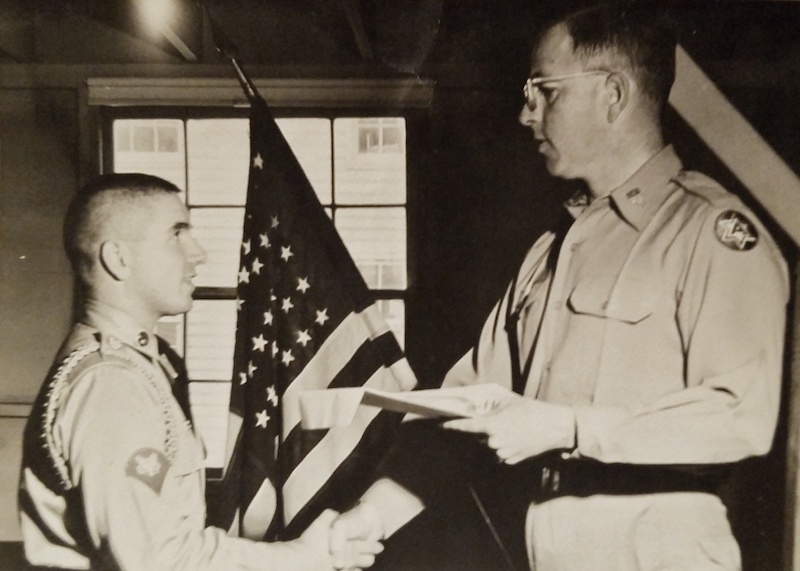 Wintertime temperatures in the area around Fort Richardson can range from 80 degrees below zero to 40 degrees, according to militarybases.com. Soldiers stationed at Fort Richardson are required to learn and master unique skills that are taught in few other places. Winter survival, tundra crossing, river lining, snow and glacier travel, snow combat and cold weather vehicle operation are all part of the normal training program at the base. According to his family LaBerge spoke of the rigorous training known as “snow baths” which required soldiers to rise in the morning in their skivvies and boots, using soap and snow to bathe themselves. He also spoke to his children of his time in the Army, sharing his adventure of rock climbing and repelling as well as training maneuvers to secure Kodiak Island.

LaBerge was born in Fall River, the son of the late Walter and Ernestine (Boucher) Laberge. He also resided in Swansea and was a graduate of BMC Durfee High School, attended Bradford Durfee Technological Institute and received his Associates Degree from Bristol Community College.

He served in the active duty Army from 1959 to 1962 and went on to serve in the Army Reserves from 1962 to 1965. He was honorably discharged from the military on September 30, 1965 at the rank of E4, by the order of D.D. Spahr, Colonel, AGC. Upon arriving home from serving in the military, Walter married his high school sweetheart, Gail D. (Cloutier). He was employed as a Quality Control Engineer for Princess House in Dighton for 15 years before his retirement in 2000. Prior to that he held the same job with Providence Pile and started his career with Pratt Whitney in Connecticut. 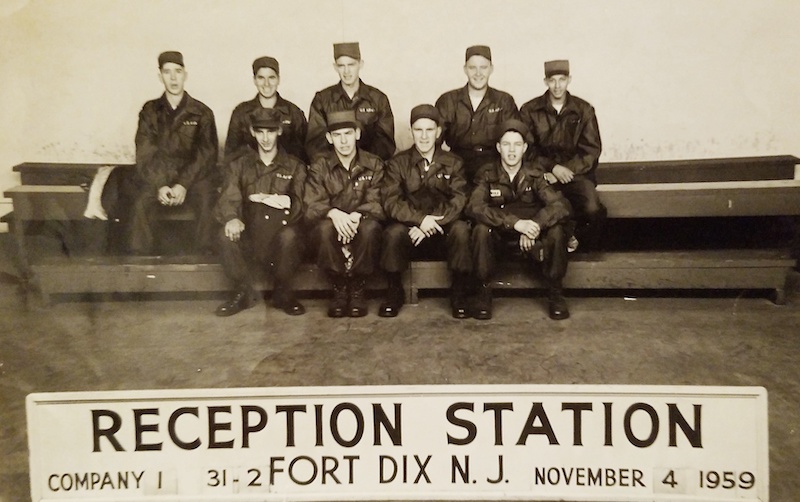 He truly enjoyed donating his time and served as a Docent for both the Fort Taber Military Museum, as well as the New Bedford Whaling Museum, providing tours to the public. Walter had many interests. He was an avid bird watcher, sports car enthusiast and enjoyed traveling to Maine, cross country skiing and kayaking. He loved to watch football with his sons, especially the Army/Navy football games! He also enjoyed taking his daughter on trips with friends.

LaBerge passed away on October 21, 2015 at the age of 74. In addition to his wife Gail, whom he was married to for 52 years, he is survived by his four children Mark Laberge and his wife Maryellen of Dighton, Bradford Laberge of Swansea, Dawn Butterfield and her husband John of Seekonk and W. David Laberge Jr. of Swansea. His children made him a grandfather of seven grandchildren: Jacob, Kelsey, Austin, Gabrielle, Kyle, Ryan and Dylan. He is also survived by his sister Georgette Levesque of Swansea; niece and nephews Diane, Rene and Donald; as well as a brother in law, Ronald Cloutier, of Colorado. He is also survived by his very best childhood friend, Max Marum, who he remained close with until his departure.

Walter was always very witty and was known for his wonderful sayings; including: “I haven’t seen you in a month of Sundays!” or “You’re a gentleman and a scholar and there’s not many of us left!” When asked how he was, he would often answer, “I’m fair to midlin!” He attended church every week and was a devoted Catholic man. According to his family, Walter could be a stern man with his children, at times, but it was all to teach them good solid morals. “Above all, Walter was a family man. He is loved and missed deeply and will always be carried in our hearts, as a Veteran and a father.”