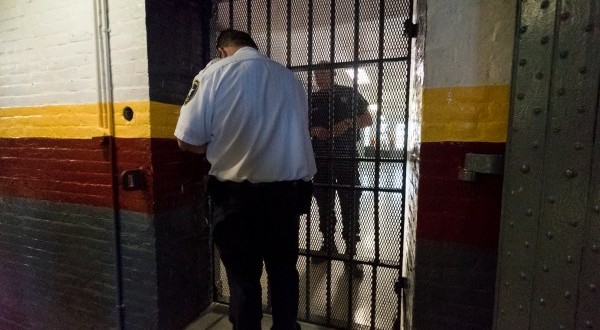 Bristol County Sheriff Paul Heroux plans to host state lawmakers and local politicians at the Ash Street Jail in New Bedford on Friday as he tries to secure their buy-in for his proposal to close the much-maligned facility and move the people incarcerated there to a retrofitted building on the Bristol County House of Correction campus.

The jail opened in the 1800s and has long been decried by advocates for having inadequate conditions for housing inmates. Heroux, who took over as sheriff this month, last week announced a plan to close the New Bedford facility and move the roughly 100 inmates there to a building that was used as a U.S. Immigration and Customs Enforcement detention facility until it was shuttered in 2021. That facility, in Dartmouth, would first need to be retrofitted. Heroux told the Attleboro Sun Chronicle that his plan would take at least three to five years to come to fruition, and requires financial support from the Legislature and support from the governor.

“This is just an idea. I can’t say I’m going to close Ash Street. It’s not entirely up to me,” the former state rep told the newspaper. The advocacy group Bristol County for Correctional Justice said that the Ash Street Jail housed accused axe murderer Lizzie Borden during her 1893 trial (she was acquitted) and was the site of the last public hanging in Massachusetts.

“Other than the addition of indoor plumbing and elimination of public hangings, not much has changed inside Ash Street over the last century,” the organization, which supported Heroux’s candidacy for sheriff, said. “Cells remain extremely small (at 8 x 6 feet), miserable food remains a source of unhappiness, and lack of air conditioning leads to incredibly hot temperatures in the summer.”

On Tuesday, Connecticut Gov. Ned Lamont announced that the Nutmeg State plans to close its Willard Correctional Institution in Enfield, less than two miles from the Massachusetts border in East Longmeadow, by April 1. Lamont’s administration cited “the sustained decrease in the state’s correction population over the last decade, as well as a continued commitment to operate government more cost-effectively.”