Home / History / Before & After: B. Dawson & Son Brewery Building 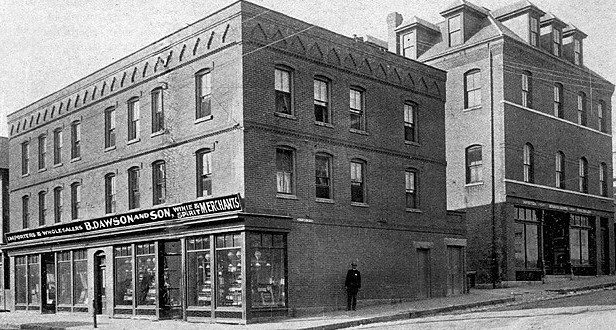 This Spinner Publications photo shows B. Dawson and Son building circa 1880s-1890s.

Before & After: B. Dawson & Son Brewery Building

Benjamin Dawson had humble beginnings as a business owner in New Bedford: he opened a grocery store on Purchase and Merrimac Streets in 1868. His mixture of superior customer service and quality products was such a smashing success that he expanded it to include general goods within 2 years.

To fill the demands of his customers, he had to expand physically. He purchased the building and another on Hazard Street and then added wine and spirits to the list of products for sale. After seeing how popular booze was, he had the idea to start a brewing company which he did in 1880.

His status and love for the city led to Common Council and Alderman positions. His son would follow into his footsteps in the family business as well as into politics where he was on the city council and even council president. 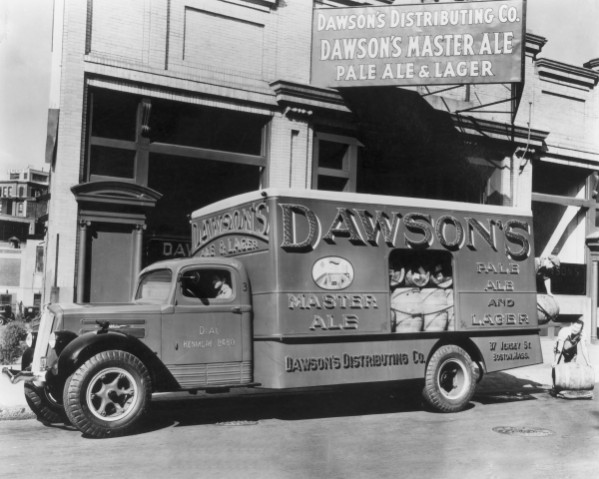 Does the name sound familiar? If you are a local history buff or one of beer, you have heard of Dawson and Son Brewery which thrived from the time it opened its doors in 1889 until the Prohibition came steaming along in 1918. At the time Benjamin Dawson is listed on the city directory a “bottler of Ale, Porter and Cider” who resided a bit further down at 639-647 Purchase Street.

In 1933, Benjamin Rockman bought the facility and re-opened it as Dawson’s Brewery for the next 35 years and in the process would become one of New England’s largest. In 1967 the brewery and its buildings were purchased by Piels and brewing mogul Jacob Ruppert who also owned Rheingold Beer, Jacob Ruppert Inc. Forest Brewing Co., and the Knickerbocker label.

The brewery fell on some hard times in 1975 but made another go at it for a year before it accepted its fate, closing for good in 1977. The main building would be used off and on for shady “off the books” usage until the city stepped in. A suspicious fire struck the building in 1999 while it was being used as an auto repair shop, but the cause was never discovered.

When Joe isn't writing, he's coaching people to punch each other in the face. He enjoys ancient cultures, dead and living languages, cooking, benching 999#s, and saving the elderly, babies and puppies from burning buildings. While he enjoys long walks on the beach, he will not be your alarm clock, because he's no ding-a-ling.
Previous New Bedford police arrest twelve on drug charges on Wednesday
Next Have a community issue that needs resolving in New Bedford? Get to know your ward’s city councilor