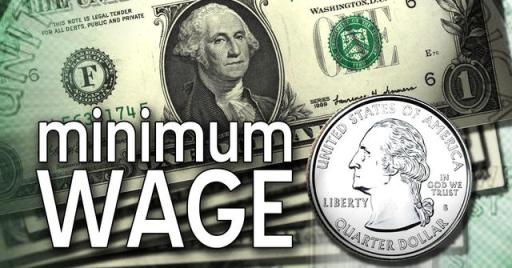 Last Tuesday, the state senate voted to increase the minimum wage from $8 to $11 an hour by the year 2016. The bill passed by a 32-7 vote and still has to pass the Massachusetts House of Representatives and be signed by Governor Deval Patrick.

Here is what to expect if this bill is signed into law:

2. Massachusetts will always be $0.50 cents higher than the national average.

3. The wage for tipped employees would increase under this bill to half the minimum for hourly workers. Currently, the rate in Massachusetts is $2.63.  This would go to $4 an hour and eventually to $5.50 an hour by 2016.

5. The minimum wage is tied to inflation and be linked to the Consumer Price Index for the Northeast.

6. Those who oppose the bill state that businesses will pass the increased cost on to consumers in the form of higher prices. Bob Luz the CEO of the Massachusetts Restaurant Association states that tipped employees already make $13.13 per hour and predicts that menu prices will go up 15% due to this increase. Other negative affects would be a cut to worker benefits, less part-time jobs coming available and this would not help attracting new businesses to Massachusetts.

7. Proponents state that there hasn’t been a raise to the minimum wage in MA since 2008 and it is NOT tied to inflation. It is extremely difficult to live on $8 an hour in Massachusetts. There is a move to put this minimum wage increase onto the November 2014 ballot if it doesn’t get signed into law.