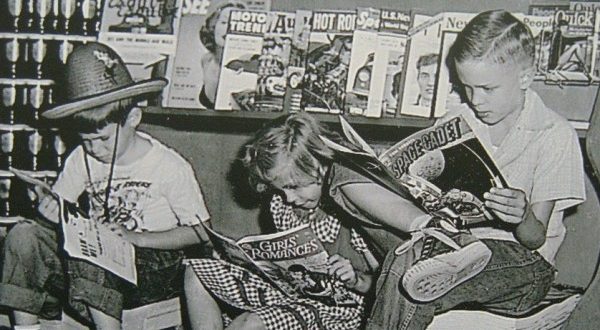 When I was a little kid – during the Pleistocene Era also known as the 1970s – I used to have a handful of mandatory spots to visit every week and in some cases, every day. Of course, what are these memorable spots if you have no one to share them with and the reason we all love to stroll down memory lane is that every place we wax nostalgic about comes with specific batches of memories. 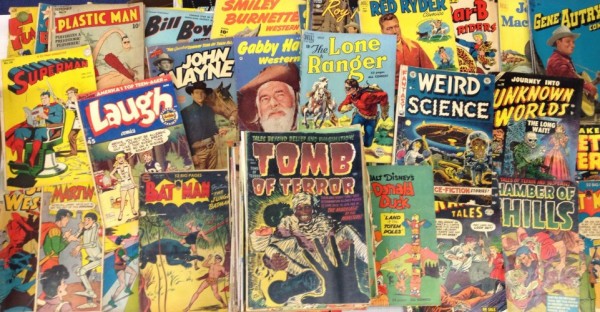 It’s not so much about the building – though that is certainly one small aspect, but how the building itself is a mnemonic anchor. Simply thinking of a favorite spot evokes and conjures up memories of special moments, people, and experiences.

One of those anchors for me was a spot called “Magazine World” that was at Weld Square, specifically on Purchase St. across from the iconic Giammalvo’s Market. Since this was in the 1970s, I don’t recall the specific address and memory doesn’t serve me so well. I took a drive by the spot and what is there today is either an empty plot or an empty storefront. I remember very little of the exterior of the building.

What memories I do have, revolve around the sheer excitement of waking up knowing that I had either saved allowance all week or was gifted a few bucks from my mom and I was going to race down to Magazine World to get some comic books, likely with my brother Mike.

Back then, that meant a quick bowl of cereal, brushing teeth, grabbing any clothing within reach and hopping on to the BMX bicycle or just walking there. I lived in many places in New Bedford, but the vast majority were within walking distance if Magazine World. 868 County Street when it was 2 houses down from Kinyon-Campbell School, 13 La France Court, and an apartment building that no longer exists across from Ketcham Traps.

I especially remember the last one because I lived there during the Blizzard of ’78 where I woke up, looked outside the window and yelled “Mom! Mom! Everyone got so scared about the Blizzard coming that they left the city!! Come look!!” My mom said as she was coming to join me at the window “Why do you say that?” and I replied, “Because all the cars are gone!” 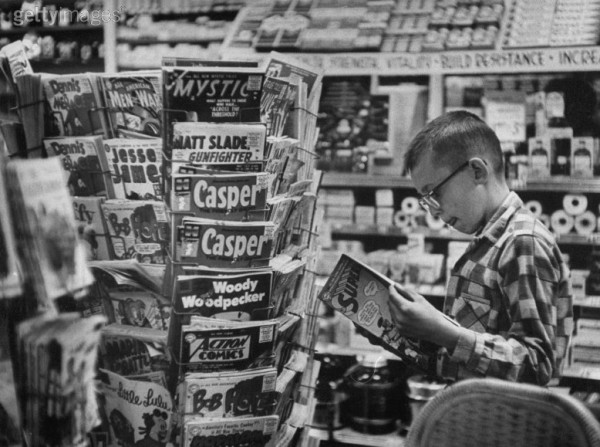 Superman was the best superhero ever, and if you don’t agree you are clearly a communist, you communist.

Well, turns out that the cars weren’t gone, but just hidden under the snow. As a 7-year old, that is mind-blowing stuff and as an adult, that historic weather event is still one the most powerful mnemic anchors of my life.

Anyhow, racing to Magazine World to see which new editions of comic books were released was something that was always on the “To-Do” list. I mean, it was nothing short of a minor catastrophe to be one of the last to find out which superhero was almost killed and came back against insurmountable odds, or who teamed up with who, or the next installment of an ongoing saga. Comic books were real news for us when we were kids and we craved updates.

Going to Magazine World also meant one thing: you got to grab a Coca-Cola from the vending machine on the way in or out. This machine was one of those that had a slim, vertical glass door where you would reach in and grab the glass bottle of soda of your choice and yank it out. If I recall correctly, it was a quarter for a bottle. Does anyone remember one of those machines?

Once you opened the door to go inside the store, I remember that you could hear the glory of an angels’ chorus sing and play their trumpets. If they didn’t actually do that, then I have no explanation – but hear the angels sing, I did. 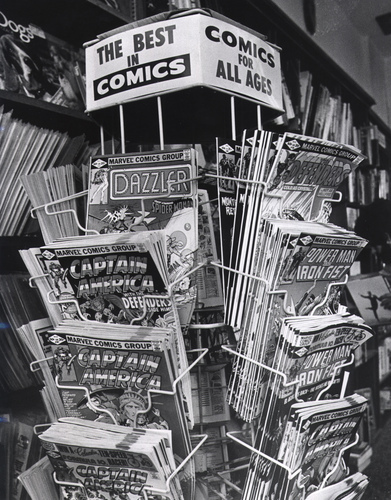 I don’t remember the proprietor particularly, but while I have no bad memories I don’t remember having any memorable conversations with him, so likely he wasn’t a fellow comic book junkie, just in it for the business aspect.

Excepting a sole quarter for the soda, the sole objective was to spend every single darn bit of money I had in my pocket and leave with these holy scriptures. My personal favorite comic to follow was Superman, and Mike’s was Spiderman. Of course, Mike made the wrong decision by choosing Spiderman, as anyone with common sense knows that Superman could easily crush Spiderman.

Being an odd bird, outside of the common, main characters like Superman, Batman, the Avengers, the Hulk and others (sorry, Spiderman was a minor character and shouldn’t be included) I loved some of the uncommon ones like Groo, the Archies, and even She-Hulk. I got a lot of flak from the macho guys on Weld Street. Massive for the last one, but the She-Hulk was probably my first crush ever, so whatever!

Many a day and night were spent on explaining why one superhero could defeat another, or what dream teams we wanted to see, or what would happen if “so-and-so” turned evil, and so on. This is what being a kid was all about! Letting your imagination run wild and just have fun. How many millions of kids across the world, across generations, felt this? There were a lot of great people – illustrators, writes, etc. involved behind the creation of comics, but so much of this happiness belongs to the late, great Stan Lee. May he R.I.P. Thanks, Mr. Lee. 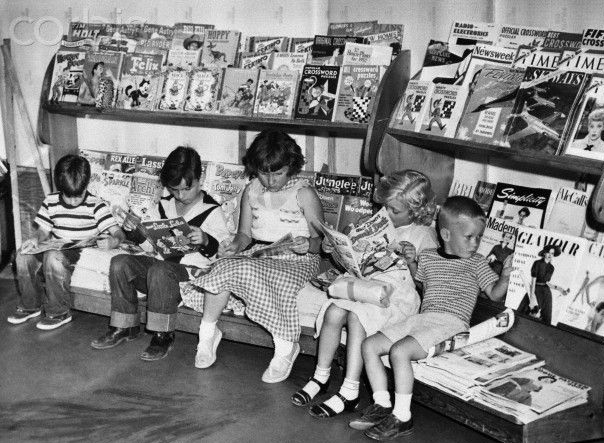 Somewhere along the way, we all grew up and forgot and become angry, dull, petty “non-fun having” adults. We’d do ourselves, our kids, the community and the world, a lot of good to remember how to find happiness and have fun again.

Once I got a little older, I swapped out comic books for adult comic/magazines like Creepy and Eerie attracted by the amazing covers by great artists like Boris Vallejo and Frank Frazetta and more adult content and characters like Vampirella.

As I grew up, I stop reading comic books altogether, but loved reading and there is no doubt in my mind that my love for reading was rooted in the joy that came from comics I bought from Magazine World. I wish I could thank the owner for that today.

Some of the best memories of my life where centered around Magazine World. Looking back, the comic books were only one aspect of those experiences. For those comic books were meaningless without someone like my brother or Mike Motta or Scott Shepherd or Billy Rioux or Mark Cosby to share them with, to argue about superheroes with, to drink a Coca-Cola with. Sadly, most of those guys have passed away or moved, but they’ll always be a part of me.

Whenever I think about Magazine World and all those friends and family associated with it I always see the last scene from the movies “Stand By Me” and can hear Gordie Lachance’s voice saying “I never had any friends later on like the ones I had when I was twelve. Jesus, does anybody?”

When Joe isn't writing, he's coaching people to punch each other in the face. He enjoys ancient cultures, dead and living languages, cooking, benching 999#s, and saving the elderly, babies and puppies from burning buildings. While he enjoys long walks on the beach, he will not be your alarm clock, because he's no ding-a-ling.
Previous Mayor Mitchell seeking $6.8 million loan order for rehabilitation of Buttonwood Park Pond
Next New Bedford Drug Dealer and Illegal Gun User Sentenced To A Decade in Prison