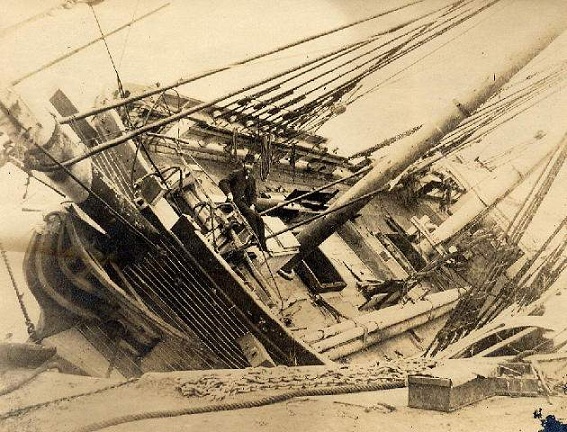 We promise there will be no swabbing of the decks, scaling to the crow’s nest or flogging via cat-o-nine tails. If you already know what it means to have an appetite for a salt horse, would look forward to gamming (not gaming), or could definitely steer a sea vessel two points on the weather bow then you have no need for this article. Saunter off or perhaps deride this article as being written by a rube. If you are like me – a landlubber – and have an interest in the lexicon, jargon or cant of the old seafarers and whaling history, then climb aboard. Mutiny will be tolerated as long as it’s in the form of corrections, additions and constructive feedback. No walking the plank.

These articles will be light, easy reads. One term described in a few sentences or paragraphs as opposed to the novellas I end up unintentionally writing. Once a term is broken down and explained, and perhaps its context furthered by an historical anecdote, there is really no point in carrying on. So after I blather for a few paragraphs, I’ll finish off with a few of those fantastic, vintage images that the New Bedford Whaling Museum and Spinner Publications possess and allow us to use. In a sense, the text within the article is a cleverly disguised way to showcase these photos. Hopefully you’ll extend me a bit of liberty since even if you don’t enjoy the writing, you will be subsequently rewarded through the photos.

There is an enormous wealth of general naval terminology that was utilized by seafarers in general and even more added to that mountainous pile in the way of specific lexicon of whaling masters and crewmen. I’d imagine if one of us landlubbers was transported through time, or were alive in the whaling heyday and had the misfortune to libate too much during a burlseq…ahem…silent movie and woke up at sea, we’d be at a loss for words among the conversation aboard. Pardon the pun. If you’re around a few mechanics, a group of musicians, or carpenters, you know what it means to feel lost in the conversation. It sounds like English, but shop-talk is virtually incomprehensible to lay people. You may even be familiar with some of the words, just haven’t the faintest clue what they mean within context. Sailors have their own language, if you will, and whalers had their own dialect within this language.

Sailing is such a large part of the world’s history that many terms are woven right into the language during everyday conversation amongst the general populace. Often, we use naval terms unawares. For example, how many of you have been traveling on foot with company and do as I hope many adults would do: look both way before crossing the street? Though this isn’t a popular habit with many of New Bedford’s pedestrians who prefer to leap into traffic then look, I’m assuming that isn’t you. Anyhow, you look both ways, turn to your partner and without blinking say “The coast is clear.” Coast?! We aren’t out to sea!

All joking aside, the lexicon is rich, full of euphemisms, innuendos, and meaning. It is a beautiful language in its own right. Shop-talk is born out of necessity. Out to sea, where loss of life was common and frequent, all needed to be on the same page. Communication needed to be packed with information using the fewest amount of words as possible. A difference of a few seconds, out at sea could mean at best a loss of profit, and at worst, loss of souls. Of course, that may depend on your perspective. If you were a wealthy landlubber, back at home in your estate counting your fortune, you may feel the inverse is true.

The word “hove” is the past tense of “heave”, which in a nautical context means to move into a certain direction, position or situation. Hove has many variations in a naval context:

So, one can heave about, up, to, ho, out or down! Lots of heaving and hoving! (I made that last word up.) To heave down or place a vessel in the past tense “hove down” is synonymous with careening or listing. To heave a vessel down is to intentionally lay or tip it onto its side for repair, painting, or cleaning. So worry not! These images show a bark, brig or other vessel that has been intentionally and safely placed onto it’s side to get at the hull that would typically be underwater.

So enjoy these images of many a vessel hove down and next time you see one in an image you can explain it to your friend or family member and act like you’ve known it forever! Duh!

All images used in this gallery are courtesy of the N.B. Whaling Museum. Please patronize them! http://www.whalingmuseum.org/

When Joe isn't writing, he's coaching people to punch each other in the face. He enjoys ancient cultures, dead and living languages, cooking, benching 999#s, and saving the elderly, babies and puppies from burning buildings. While he enjoys long walks on the beach, he will not be your alarm clock, because he's no ding-a-ling.
Previous 12 Things To Do This Weekend (10-12 May)
Next NB United’s Annual Youth Basketball Registration & Try-outs