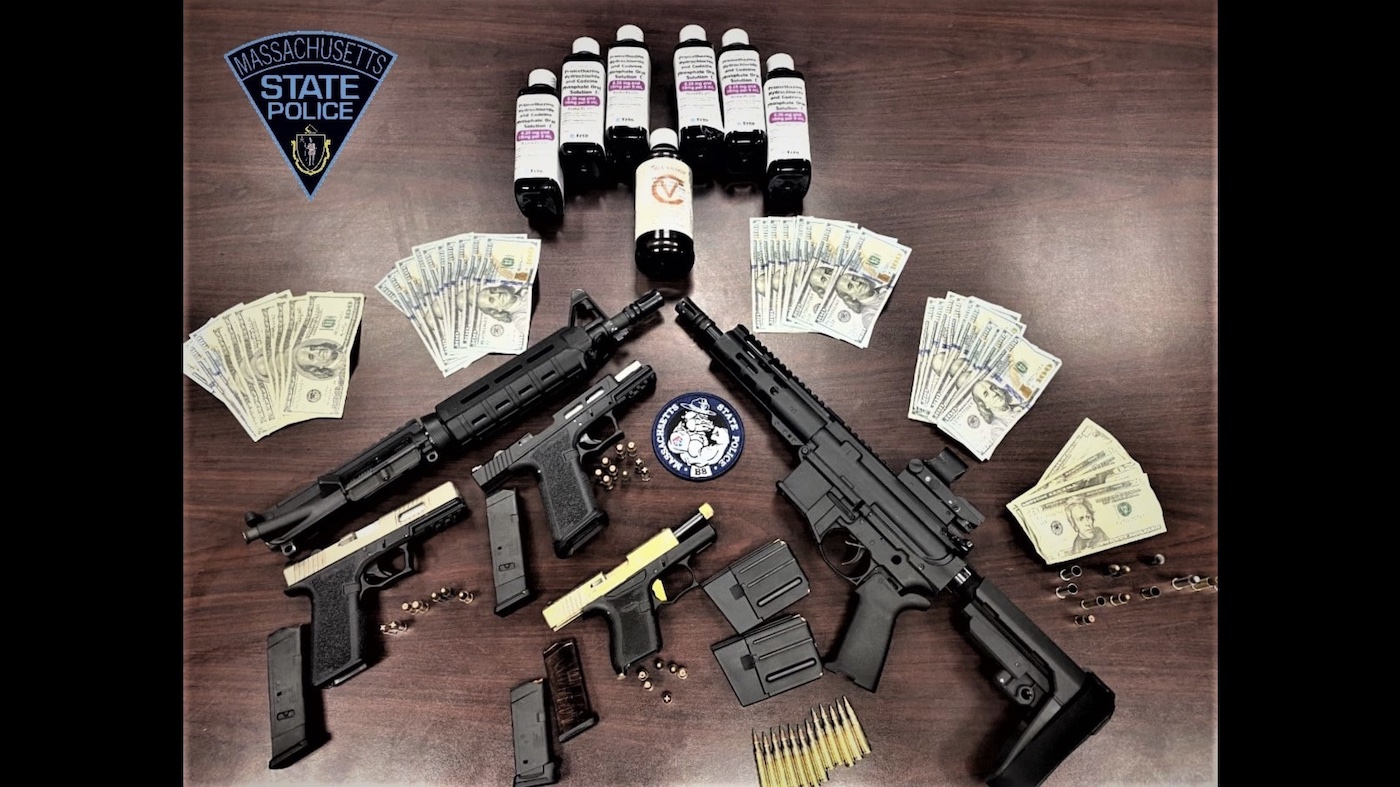 Just before midnight yesterday Trooper Casey Boyle, assigned to State Police-Westfield, was stationary observing traffic on Route 90 eastbound at the 50 mile marker. At that time the right travel lane was fully closed to traffic and marked with signage, lights, and cones as a construction zone with crews actively working in the cordoned off area. Trooper Boyle observed a Jeep Wrangler approaching his position driving inside of the construction zone, then abruptly swerve back into the active travel lane. He proceeded to catch up to the Jeep and further noticed that the registration expired last January. Trooper Boyle activated his cruiser’s emergency lights and stopped the vehicle off Exit 51 in Chicopee.

Upon stopping the vehicle, Trooper Boyle approached it and immediately observed a rifle placed in the rear seat area in plain view. The operator, identified as CHRISTIAN AVILA, 29, of Springfield, who does not possess a license to carry firearms, claimed the object was an air rifle. AVILA was removed from the vehicle and temporarily secured in a cruiser while Trooper Boyle could investigate. He quickly inspected the firearm and discovered it was in fact a real firearm, loaded with a round in the chamber ready to fire. Trooper Boyle then discovered three additional firearms, all 9mm pistols, in the passenger rear floor area. All four of the firearms lacked serial numbers and are commonly referred to as Ghost Guns. AVILA was placed under arrest at which point additional cruisers arrived on scene to assist.

A subsequent full search of the vehicle revealed an additional AR-15 style 5.56mm upper receiver, along with numerous rounds of various caliber ammunition, including numerous spent shell casings. Troopers also located a total of seven bottles of prescription medication and over $4,000 in cash. AVILA was transported to the Westfield Barracks for booking where a bail commissioner set release at $10,000. He was later transported for arraignment at Chicopee District Court on the following charges: