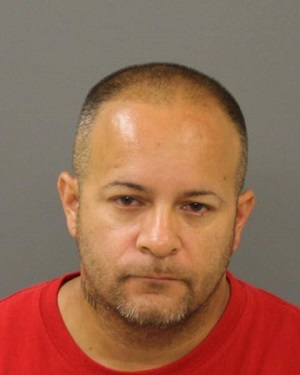 On Friday August 15th, narcotics detectives seized twenty-one (21) pounds of marijuana and arrested Jose Maldonado. Members of the city’s Organized Crime Intelligence Bureau observed Mr. Maldonado (age 45) of 111 Argol St Providence, RI operating a vehicle in the area of Belleville Ave and Phillips Ave after receiving information that he would be delivering a large amount of marijuana to the north end of New Bedford. Narcotics detectives stopped Mr. Maldonado and searched his vehicle. In the trunk, they found large plastic bags containing marijuana weighing a total of twenty-one (21) pounds.

Mr. Maldonado was charged with possession with intent to distribute marijuana and it was also a subsequent offense as he was previously convicted of the same offense. The marijuana has a street value of over $40,000.

Detective Jarrod Gracia obtained the information and was the investigating officer.