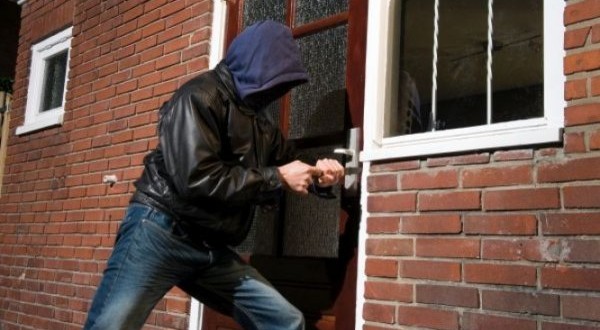 Gregory Silverhus, formerly of 929 Rodman Street, submitted an unagreed guilty plea to Judge Rafi Yessayan on a multiple count indictment charging him with breaking and entering, three count of receiving stolen property, two counts of larceny from a building, possession of burglar’s tools, and assault and battery on a police officer.

On February 5, 2014 at 4:00pm, Swansea Police were dispatched to a residence on Wilder Street for a report of a house break in. The homeowner had come home and noticed her home had been broken into and ransacked. Missing items included a safe, purse, jewelry, cash, rosary beads, and perfume bottles. Police recovered a crowbar from a bedroom floor, but no finger prints could be lifted from it. A subsequent canvas of the neighborhood by police resulted in a description of a dark colored vehicle with New Hampshire license plates. Neighbors told police that vehicle was seen driving around the neighborhood just prior to the robbery.

On February 6, 2014 at 2:48pm, Somerset Police were dispatched to a home on Alden Place. The homeowner arrived home and found his house had been broken into and ransacked. Stolen items included a computer, Xbox games, jewelry, NY Yankees ring, coins, sneakers, a laptop and cash.

On February 9, 2014, Massachusetts State Police received calls from motorists on Route 195 in the Westport/Dartmouth area regarding a vehicle with New Hampshire license plates swerving and driving erratically. State Troopers arrested Mr. Silverhus on Route 195 east bound in Dartmouth for operating under the influence. Inside the vehicle, police found numerous items stolen during the recent house breaks in Somerset and Swansea.

Then, while free on bail, on May 2, 2015 at 7:23pm, the defendant broke into a home on Plainville Road in New Bedford. Upon arrival, police observed the front door to the house was wide open. The door was pried open and the door jamb was broken. Police then observed the defendant bringing out a mountain bike from the garage and onto the breezeway. When he saw the police, the defendant let the bike fall to the ground and ran back into the garage. The defendant then opened the rear garage door and fled into the backyard. Police were only able to place the defendant in custody after deploying a taser. The defendant kicked a police sergeant on the inner leg and shin when one of the taser probes was removed from his buttocks area.

“This defendant is a career criminal who belongs in jail for as long as possible,” District Attorney Quinn said. “These are the types of individuals that I will continue to focus on because they are the ones committing most of the crimes in our communities”

The defendant has eight prior robbery-type convictions and served a 4 to five year state prison sentence beginning in 2007 on a similar breaking and entering case.