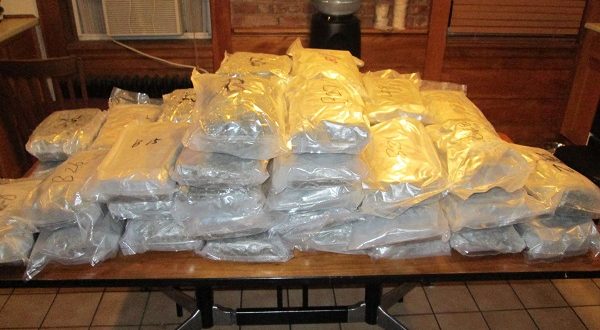 Colonel Ann C. Assumpico, Superintendent of the Rhode Island State Police and Director of the Department of Public Safety, announces that a New York City resident was arrested last night after troopers seized 50 pounds of marijuana from his rental car during a traffic stop on Interstate 95.

Jonathan Yu, 27, of New York, NY, was charged with possession of marijuana in excess of five kilograms and possession with intent to manufacture or deliver a controlled substance Schedule I and II (marijuana).

Troopers arrested Yu after stopping him for speeding on Interstate 95 North in West Greenwich around 10:25 p.m. last night. His recorded speed was 81 miles an hour. During a search of his car, troopers found 47 vacuum-sealed bags of marijuana in the trunk. The total weight was 50 pounds with an estimated street value of approximately $50,000.