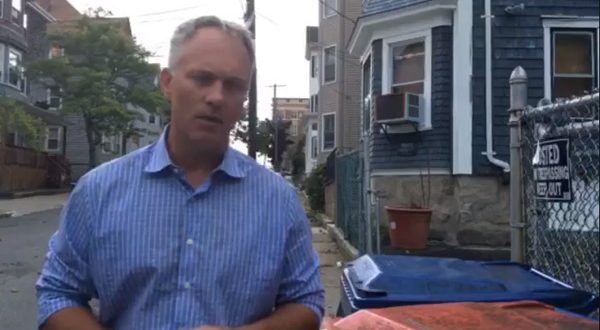 “Yet again, the City of New Bedford stands to exploit its community. Two weeks ago, the mayor acted unilaterally by entering into an agreement with Parallel Products, now ironically called South Coast Renewables, without public participation or knowledge. Within this agreement, the mayor agrees to not oppose any future applications of approval for the company’s project which, due to ambiguous contract language, could include the reconsideration of biosolids processing, once again without seeking or requiring community consultation or consent.

This agreement incentivizes increased tonnage of trash processing, as the city will receive $2 for every ton processed. It is worth noting that in similar agreements in other communities, host cities are receiving $4 per ton. The maximum amount of waste tonnage received is not clarified in the agreement. The list of materials this facility will process according to this agreement includes multiple waste items that could be dealt with more sustainably and efficiently elsewhere. Rather than supporting the broken system of single stream recycling, the city should be advocating for expansion of programs like the Bottle Bill, Extended Producer Responsibility for packaging and paper, and other efforts to reduce and prevent waste. Commingling waste only leads to further contamination and guarantees most of this waste will not be reused or recycled.

The city should not be financially incentivized to bring in more waste and should not be encouraging more consumption, especially in a time of climate crisis. Additionally, there is no mention of how the types of waste will be monitored, how much would be recycled or reused, or where any of this waste would end up if/when it leaves this facility. $2/ton is very little compensation for everything the community is going to endure. $800,000 is a very small percentage of the city’s $431M dollar budget.

There is no moratorium for traffic on Phillips Rd, only a fining system in place that will be virtually impossible to enforce. What is the alternatively approved route? How will South Coast Renewables compensate New Bedford residents for this additional pollution, noise, and traffic in their communities, an “unquantifiable” impact? The agreement states the City of New Bedford will “incur various expenses and impacts….both quantifiable and unquantifiable”. Parallel Products explicitly admits this facility will negatively impact roads, infrastructure, and other public services in New Bedford. Additionally, there are costs that cannot even be calculated at this time. The unquantifiable impacts will be at the costs of residents and may mean anything from property values decreases, long-term health issues, and loss of business in the community.

It is quite unfortunate that neither the mayor nor the company brought in members of the community for feedback. It is especially disheartening that no member of zero waste initiatives or environmental groups were contacted by Mr. Cusson on behalf of the company. Guidance could have been offered on how to make this project economically feasible both for the company and the city, as well as truly environmentally friendly. The agreement states that both parties – the city and the company – were involved in the drafting of the agreement. Where was the community’s input? Both parties are aware of South Coast Neighbors United/Citizens Against the Parallel Products Project, and deliberately left out the people who will be most impacted by these decisions. The mayor is an elected official who works for the people of New Bedford, not South Coast Renewables.

Considering this company’s location in an Environmental Justice area, and New Bedford’s history of environmental injustice, it is doubly discouraging to the members of the community. This was a backdoor deal to further exploit the citizens of New Bedford. Mr. Mayor, our health is not for sale! Shame on you!