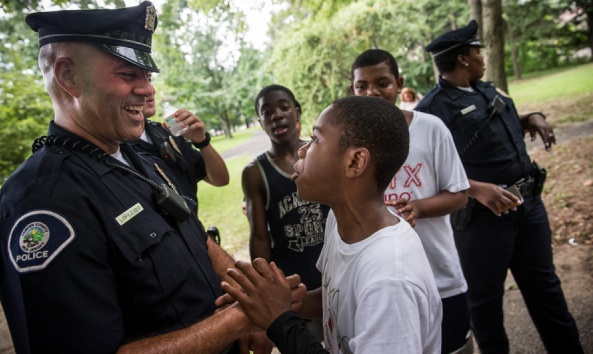 But more than anything else, the police reform legislation being proposed on Beacon Hill is shameful and disgraceful to every individual who puts their life on the line every shift, every day protecting their families, neighborhoods and communities.

Every public safety professional in Massachusetts goes to work knowing they might not come home. Any day could be the end of watch. Weymouth Police Sgt. Michael Chesna knew it. Yarmouth K9 Sgt. Sean Gannon knew it. And the next police officer, firefighter, corrections professional who makes the ultimate sacrifice will know it.

Our public safety heroes deserve the Qualified Immunity coverage that helps them to make split-second decisions in the heat of the moment, when danger is at its highest. Although the term sounds like it, QI does NOT allow officers to violate persons’ rights without consequence. It does not shield bad officers but gives protection from lawsuits to officers who must act quickly based on available information. It has no application in most excessive force cases in which officers knowingly abuse someone.

Removing Qualified Immunity will lead the Commonwealth down a slippery slope of more crime and less public safety personnel. It’s hard enough to recruit officers knowing the dangers of the career, but removing these valuable protections will make it almost impossible to recruit and retain public safety personnel. And don’t think for one second that lawbreakers won’t be taking full advantage of this. Criminals know there’ll be less police. Criminals know the officers will hesitate and not take swift action. I’ll bet dollars to donuts that criminals are licking their chops hoping this legislation passes.

When is our Legislature going to represent the public safety interests of the law-abiding citizens as opposed to the criminals who continue to violate our laws? This is just the latest example of the elected Representatives and Senators on Beacon Hill putting politics above public safety. It’s the Legislature’s “flavor of the day” approach to government. One incident happens — albeit a horrible and sickening situation with the murder of George Floyd — halfway across the country, and Beacon Hill Democrats rush to demonize the amazing law enforcement officers of the Commonwealth of Massachusetts. This is the same Legislature which seeks to make Mass. a Sanctuary State for criminal illegal aliens by limiting law enforcement cooperation between local, state and federal agencies.

This legislation is completely outrageous and undermines our ability to protect the public. Not only do I urge the swift defeat of this unnecessary proposal, but I urge the public to pay close attention to the decisions being made by their elected legislators. Hold them accountable for making you less safe. Ask them why they’re trying to limit Qualified Immunity when they operate with Absolute Immunity. Ask them why they’ve exempted themselves from the public records law. Ask them why they continue to be late on passing budgets. Ask them how often they’re in their offices working.

Ask them to hold themselves accountable to the same standards and play by the same rules as the rest of us. And pay attention and remember how they respond when Election Day comes around.”