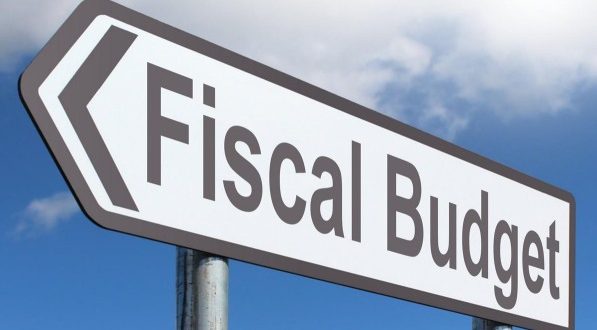 Under the Mayor’s budget proposal, 85 percent of City spending is predetermined by state mandates and other contractual agreements, and only 15 percent remains within City discretion, which reflects the continuation of a trend seen in prior fiscal years.

These nondiscretionary items, including the Net School Spending requirement and payroll components that are subject to binding arbitration, will now account for $287.9 million of the $338.7 million General Fund Budget.

City finances remain tight despite New Bedford’s modest but steady economic growth in factors such as employment, and the state’s legal mandates leave little spending discretion to municipalities without relief from the Commonwealth.

The Mayor also noted in an accompanying letter to the City Council that “constraints [imposed by the Commonwealth] have made it more difficult to ensure that the City remains on a fiscally sustainable path while providing the reliable and effective services that our residents expect. Our ongoing efforts to improve efficiency and operational readiness have produced a lean organization where the most advantageous efficiencies have already been implemented, making future reforms much more challenging. Nevertheless, we must continue on this path in order to move New Bedford forward.”

“The Commonwealth has complicated this [budget] process by not meeting its statutory funding obligations and continuing to impose requirements that serve as roadblocks to effective reform. In addition to the binding arbitration process, some significant examples include limitations placed on pension and health care management, as well as the State’s failure to meet its commitments to neither fund the school system foundation budget nor provide its legally established levels of support for charter schools.”

The Mayor identified the main factors driving the City’s FY 2019 budget as follows:

– Charter school obligations: The Commonwealth continues to fail to meet its own statutory obligation to partially reimburse municipalities’ costs. As a result, the City’s net obligation will rise from $12.1 in FY 2018 to $13.8 million in FY 2019. This growth in New Bedford’s obligation toward charter schools diverts more and more funds away from New Bedford Public Schools.

– Revenue growth does not keep pace with costs of doing business: Unmet needs totaled $2.4 million for City departments, but the FY 2019 budget can accommodate just $800,000 in department enhancements. While the schools requested $10 million to support the nearly 13,000 students of New Bedford, the budget will increase by $6.1 million in order to comply with the state’s minimum spending requirements for public schools.

– Union contract costs and the expiration of federal grant funding: Collective bargaining costs will total about $3.1 million in FY 2019. The transfer of 21 firefighting positions currently funded by the expiring federal SAFER grant, will require about $1.5 million annually.

In his budget remarks as prepared, the Mayor urged the Council to rein in healthcare spending by adopting Sections 21-23 of the Municipal Health Care Reform Act, which allows a municipality to seek arbitration if it cannot come to agreement with its public employee unions over the terms of employee healthcare.

“Most of the communities around the state have already adopted the reforms, including Fall River and virtually every community in southern Bristol County,” the Mayor said. “These communities recognized that this was, short of downsizing their workforces, the only realistic means available to control rising healthcare costs.”

“While it is true that the Council is not required to vote on Section 21 before the budget is passed, as our City’s employee health plans are based on the calendar year not the fiscal year, I believe that the council must not wait long in taking up the matter to ensure the city’s fiscal stability,” he said.

Mayor Mitchell concluded in his letter to the Council: “Despite the challenging budgetary environment, there is cause for optimism in that New Bedford’s economy is gaining momentum. The City’s major businesses have generated a rising tide of job creation, and the Massachusetts Department of Labor reports that the number of employed City residents has grown by 4,446 since 2012. Improvements to the economy have also begun to have a material impact on property values. The City’s overall valuation began to reverse its long slide from the Great Recession in 2016, and the overall valuation has increased by 12.7% since 2014. Current indications are that we can expect additional growth in FY 2019, with property values projected to increase by at least 5% overall.

“However, the central fact remains that the city government is seriously constrained. Fixed and mandated costs continue to grow faster than the City’s resources. The FY 2019 budget is therefore largely driven by required increases resulting from net school spending obligations, collective bargaining agreements, expired grants and fringe benefits. The state’s failure to meet its statutory and policy commitments, particularly as related to the school foundation budget and charter schools, means that the City’s taxpayers are being asked to pay a larger share. We therefore have no choice but to adhere to a disciplined approach to managing the City’s finances – one that extracts the greatest possible value from every tax dollar.”