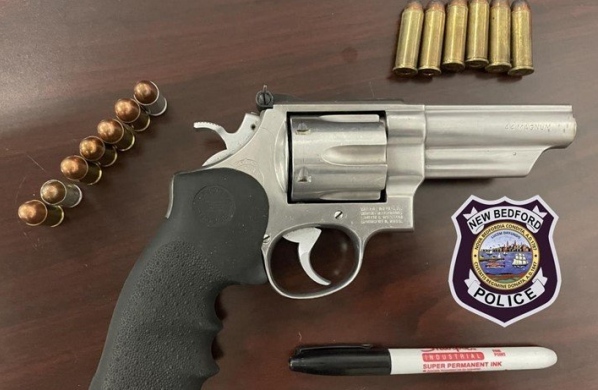 On July 29, detectives assigned to the “Organized Crime Intelligence Bureau” executed a search warrant at 66 Hillman St., apt. #3E. The target of the search warrant was JOSEPH CLEMENT, 36.

As a result of the search, a loaded 44 caliber handgun along with ammunition was discovered. The revolver’s serial number was checked and found to have been stolen out of West Virginia before making its way into the city.

At the time of this arrest, CLEMENT had 3 open cases in Fall River district court for kidnapping, assault, and operating under the influence of narcotics. He is now charged with possession of a firearm and ammunition without a license, receiving stolen property, and improper storage.

If you have any information on criminal activity in your neighborhood, the New Bedford Police Dept. wants to hear from you. You can leave an anonymous tip on our voicemail at (508) 991-6300 Ext. 1. You can also leave a tip at our website, www.newbedfordpd.com.” -New Bedford Police Department.