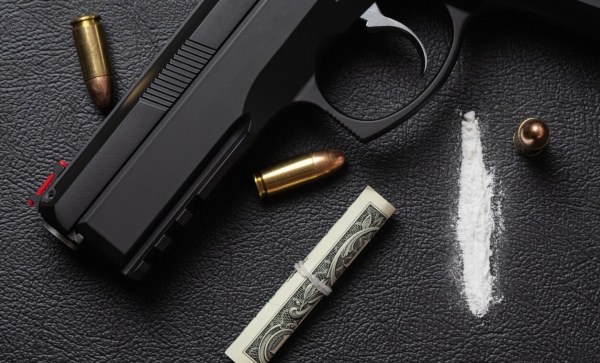 “A New Bedford man was sentenced today in federal court in Boston for illegally possessing a firearm and selling cocaine.

Khyron Thompson, 32, was sentenced by U.S. District Court Judge Denise J. Casper to 57 months in prison and three years of supervised release. On Dec. 13, 2021, Thompson pleaded guilty to one count of being a felon in possession of firearm and ammunition and one count of distribution of and possession with intent to distribute cocaine.

On Feb. 13, 2020, Thompson distributed cocaine and possessed a loaded .32 caliber Hi-Point pistol firearm with an obliterated serial number and six rounds of ammunition. Thompson is prohibited from possessing a firearm due to multiple previous state convictions including assault and battery.

This case is part of Project Safe Neighborhoods (PSN), the centerpiece of the Department of Justice’s violent crime reduction efforts. PSN is an evidence-based program proven to be effective at reducing violent crime. Through PSN, a broad spectrum of stakeholders work together to identify the most pressing violent crime problems in the community and develop comprehensive solutions to address them. As part of this strategy, PSN focuses enforcement efforts on the most violent offenders and partners with locally based prevention and reentry programs for lasting reductions in crime. “-Massachusetts Department of Justice.

When Joe isn't writing, he's coaching people to punch each other in the face. He enjoys ancient cultures, dead and living languages, cooking, benching 999#s, and saving the elderly, babies and puppies from burning buildings. While he enjoys long walks on the beach, he will not be your alarm clock, because he's no ding-a-ling.
Previous Mattapoisett Police Department promotes Officer Robert Randall to the rank of Sergeant
Next New Bedford Police Department mental health co-response team ready to serve community