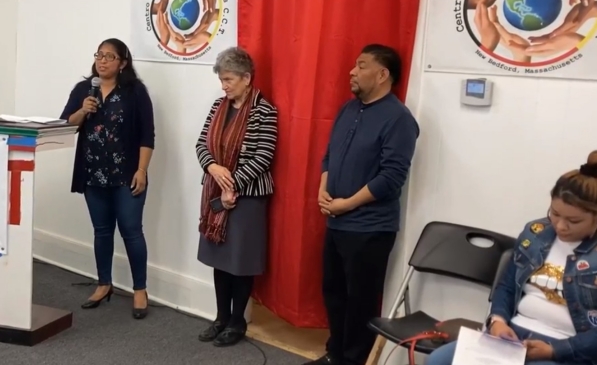 “A New Bedford man has been indicted in connection with a rental scam that defrauded prospective tenants in Spanish-speaking and immigrant communities looking for affordable housing, and for threatening the life of a witness, Attorney General Maura Healey announced today.

Victor Tiu Lopez, age 35, was indicted by a Bristol County Grand Jury on the charges of Larceny over $1,200 (11 counts), Larceny under $1,200 (4 counts), and Witness Intimidation (2 counts). Lopez will be arraigned in the Fall River Division of the Bristol County Superior Court on October 3.

The AG’s Office alleges that between February and April 2022, Lopez falsely presented himself as the owner, or soon-to-be-owner, of affordable apartments for rent in New Bedford and collected $22,050 in rental deposits from 15 unsuspecting prospective tenants. It is also alleged that Lopez threatened to kill a community organizer, who had been assisting victims of his rental scam, if the organizer reported the scam to local authorities.

Lopez targeted Spanish-speaking and immigrant communities by posting advertisements for apartments on social media and on a local community chat group. The AG’s Office alleges that after prospective tenants gave him cash deposits for the apartments, Lopez came up with excuses as to why the tenants could not move in, including telling them that the apartments were still undergoing renovations and would repeatedly push out the move-in date, or telling them someone else ended up renting the apartment and offer to show them other ones. Lopez would also sometimes ask for additional money from prospective tenants, before ultimately failing to return their calls, or simply disappeared.

These charges are allegations, and all defendants are presumed innocent until proven guilty.

Individuals who think they may have been a victim of Lopez’s actions can call AG Healey’s White Collar and Public Integrity Division at 617-963-2929.