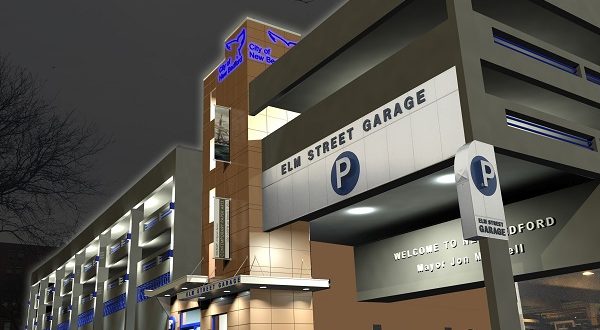 In an effort to encourage everyone to do their holiday shopping in New Bedford, the City will again offer a special Holiday Parking Program with both downtown parking garages offering two hours of free parking. From Thursday, December 5 through Wednesday, January 1, both the Elm Street Garage and the Zeiterion Garage will offer FREE parking for up to two hours.

Anyone parked in either of the downtown garages while doing holiday shopping who receives a ticket as a result of parking in excess of the 2-hour limit may mail or present their ticket along with a copy of a sales receipt for $10 or more from a downtown restaurant or merchant to the City of New Bedford Traffic Commission office within three weeks (21 days) of receiving the ticket. The parking ticket will be forgiven with the presentation of the same-day receipt.

Metered street spaces will no longer offer free parking, after earlier this year the parking limits at meters were extended. In October, the City announced that parking limits were to be extended from the former 2-hour limit to 3-hour, 4-hour, and unlimited, in several zones of downtown New Bedford, as part of the 2019 Downtown & Waterfront Parking Study.

The highest-demand area, or the core, of downtown is now capped at a 3-hour limit. Moving farther from the center of downtown, a second zone was extended to a 4-hour limit. The farthest zone from the downtown with metered spaces has an unlimited time limit.

With the new, longer limits, there are three zones for parking. The zones and parking time limits will be indicated by signs indicating the time limit in that area. The zones and signs are also color-coded.

Zone 1 (Green) is at the center of downtown. Parking will be extended from its current 2-hour limit to a 3-hour limit.

Zone 2 (Blue) is the next zone outside the center of the downtown. Parking will be extended from its current 2-hour limit to a 4-hour limit.

Zone 3 (Yellow) is the farthest zone outside the center of the downtown. Parking will be extended from its current 2-hour limit to unlimited parking.

The Downtown & Waterfront Parking Study recommendations included significant input from stakeholders, including residents and small business owners in the downtown and waterfront area, and collection of data on parking use in the area, the recommendations were developed to document existing demand and improve parking for residents and visitors.

It had been several decades since the City last undertook a comprehensive look at parking in the downtown and on the waterfront, and with many significant changes and developments in both areas, as well as advancements in parking management practices and technology, the City determined a study was long overdue. The study was funded through a combination of the Downtown Parking Enterprise Fund, New Bedford Port Authority, and MassDevelopment funding. The full 2019 Downtown & Waterfront Parking Study is available here.