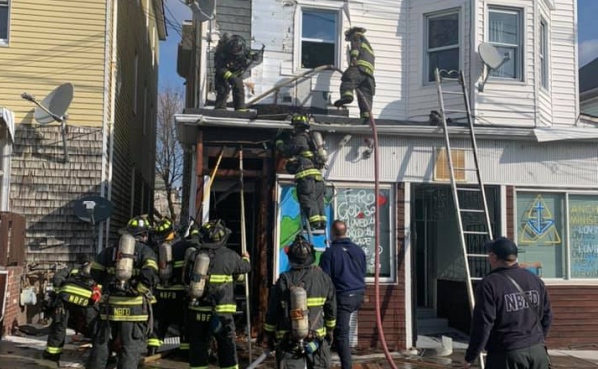 “Yesterday morning at 8:29am several 911 calls were received reporting a fire on the exterior of 309 Coggeshall Street. Tenants and a passerby attempted to extinguish the fire. This wood-frame building contained two first-floor commercial spaces as well as three living units. The building was protected by working smoke detectors.

Firefighters from Engines 1, 7, 8, Ladders 1 and 4, along with Command Units 1 and 2 responded. Crews located fire inside the exterior walls and roof extending up to the second floor. They were able to extinguish the fire before it damaged any of the living units.

The cause of the fire is being investigated by the NBFD Fire Investigation Unit and remains under investigation. No firefighters or civilians were injured and ne tenants were displaced. NBEMS and NBPD provided assistance on scene. Solid work Group D!” 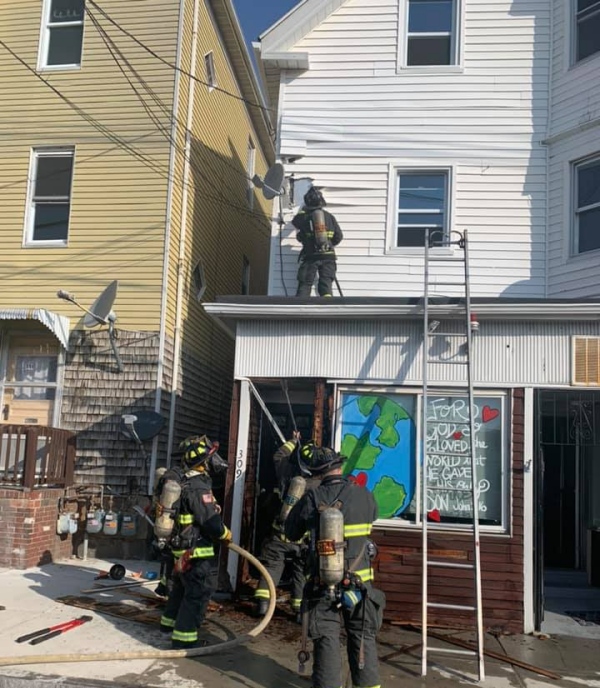 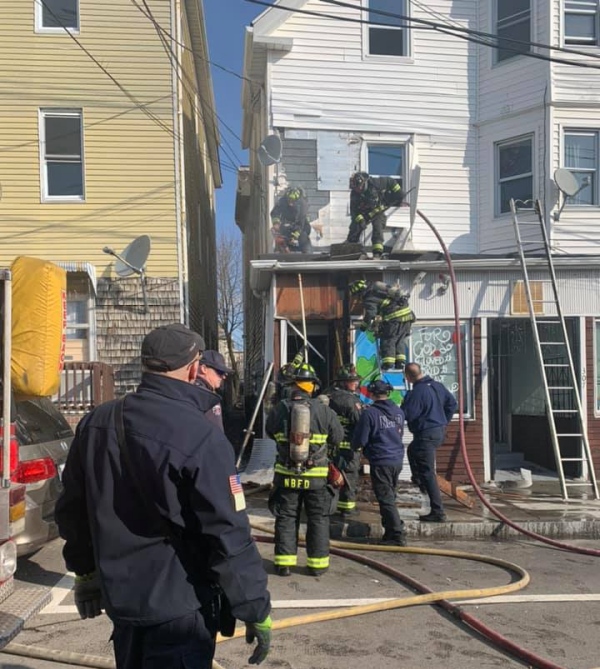