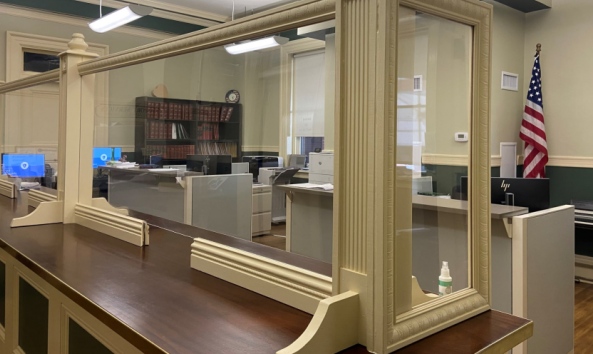 “I’m saddened by the news that Pierre Tremblay, a longtime carpenter in the City’s Department of Facilities and Fleet Management, passed away this week from complications of Covid-19.

It was shocking news to all of us who called Pierre a friend and colleague. Pierre was a masterful craftsman, whose skill was exceeded only by the pride he took in his work. With each of his projects, he believed he was making an enduring contribution to the city, and he was right.

His uncompromising commitment to excellence will continue to shine through the masterpieces he’s left behind. I will miss him for his optimism, his pleasant and engaging personality, and his selflessness. I offer my heartfelt condolences to his family, friends, and the DFFM team.

If you’ve been to City Hall, you’ve likely admired some of Pierre’s fine work and will recognize it in these photos — including in the Election Commission Office and Treasurer’s Office, and the temporary customer service station in the Ashley Room.” -Mayor Jon Mitchell. 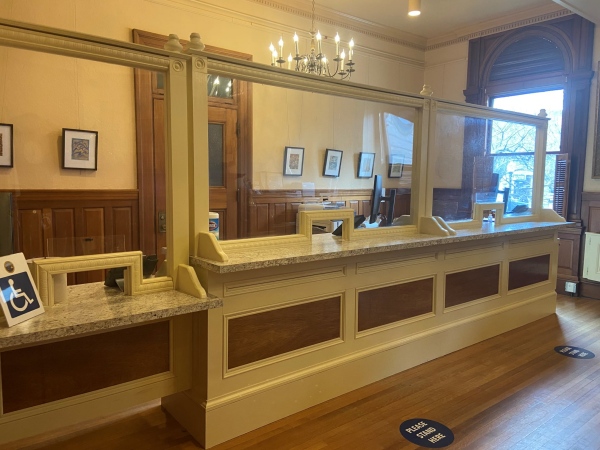 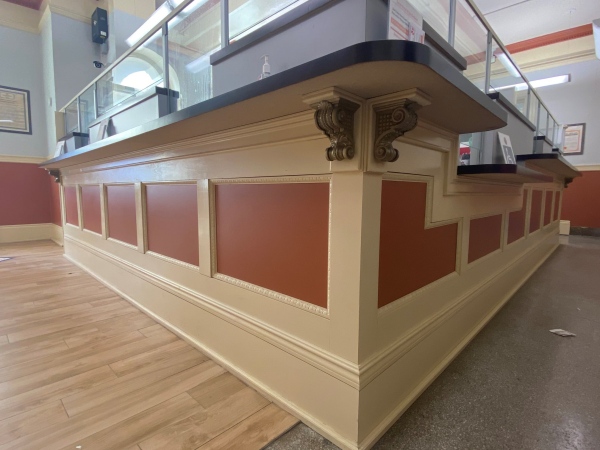 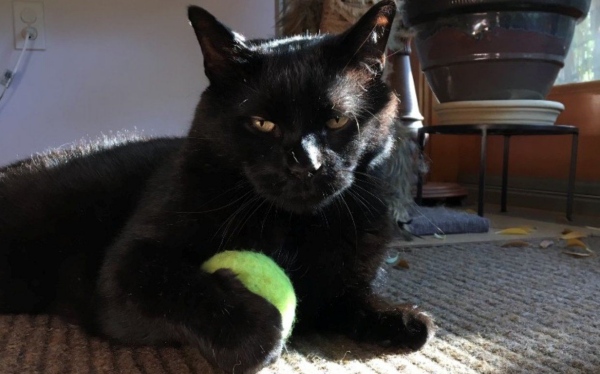