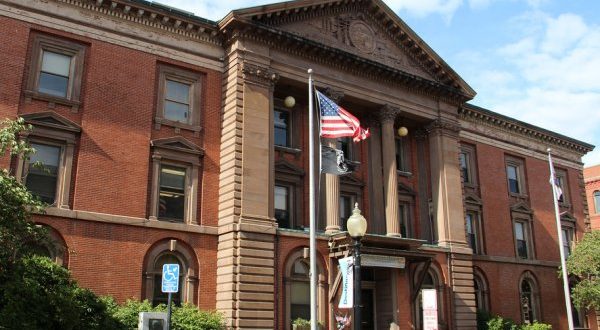 A New Bedford native, Thomas has been Assistant Director of EMS since May 2019. His appointment will be effective March 6 and he will replace Mark McGraw, who will retire March 5 after more than 30 years of service to the City.

“Mark McGraw ably led EMS for more than a decade,” Mayor Mitchell said. “His leadership shined during the pandemic, when his department was called upon to serve as the City’s front line of response to an unprecedented public health crisis. Under his leadership, the EMS Department saved numerous lives, while keeping its own members nearly free of COVID-19.”

Thomas spent the first five years of his career as a paramedic / EMT in Taunton. In May 2000, he completed the paramedic program at Cape Cod Community College, where he earned an associate degree in nursing in 2014. He then served as a City paramedic while also working part-time as an emergency room nurse at St. Luke’s Hospital.

“Mike is a skilled and experienced medical professional who has a comprehensive understanding of the City’s EMS and is widely respected inside and outside of the department,” Mayor Mitchell said. “He is ready to lead the department as the City emerges from the pandemic.”

“I am extremely humbled to begin this new role as director, and I look forward to working with a great a team of EMS personnel who are dedicated to serving the citizens of New Bedford,” he said.

Costa served as Acting Director since September 26, 2021, following the retirement of Maria Pina-Rocha. Costa has worked for the City of New Bedford since 2013 and has nearly 30 years of experience in systems operations and as a software engineer.

“I’m grateful for the opportunity to take on a new role as Director of MIS,” Costa said. “I’m looking forward to the continued success of our team.”

Costa has been a New Bedford resident since childhood. Before his work for the City, Costa spent 20 years with the Foxboro office of Ivensys, a multinational engineering and information technology company. He’s also taken numerous Microsoft-certified systems engineering courses through Boston University and completed the Supervisory Leadership Development Program offered by the Massachusetts Municipal Personnel Association.

“John has a thorough knowledge of the overall operations of MIS, and has displayed strong leadership and technical skills throughout his tenure,” Mayor Mitchell said. “He is ready to strengthen and grow the department’s ability to serve City government and the residents of New Bedford.”