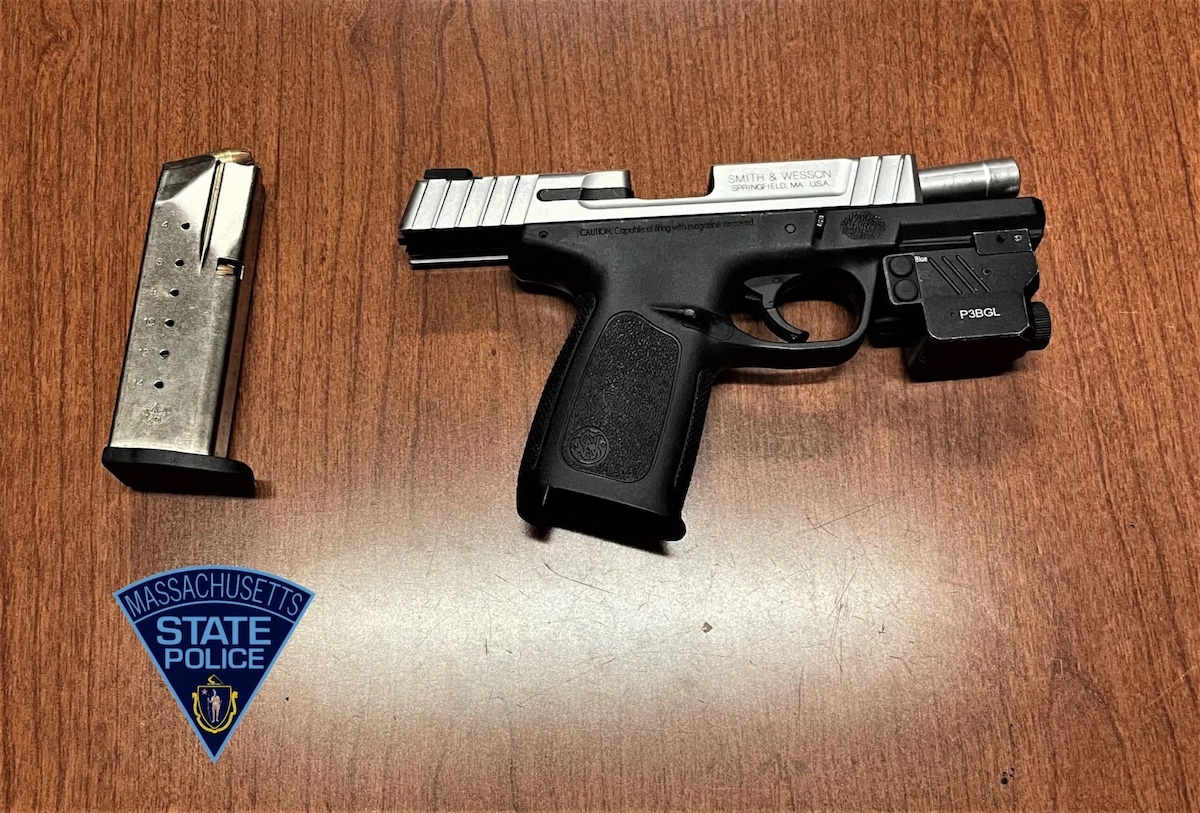 Shortly after 3 p.m. on September 13, the victim of a road rage incident called 911 to report the operator of a red Ford Focus pointed a pistol outside of their vehicle while traveling on Route 95 northbound in Lexington. The incident was broadcast to all area Troopers. Within a very short period of time Trooper Scott Gallant, assigned to the State Police K-9 Section, located the vehicle traveling on Route 3 northbound in Billerica. Trooper Gallant activated his blue lights and stopped the vehicle without incident. Trooper Robert Thompson, assigned to State Police-Concord, immediately responded to the scene to assist in the investigation.

Trooper Gallant informed the operator, identified as Javier Lopez, 22, of Lowell, why he was stopped and removed him from the vehicle in order to investigate further. A pat-frisk of the immediate area where LOPEZ was seated was conducted. Trooper Gallant located a loaded .40 caliber Smith & Wesson handgun under the driver’s seat. Lopez does not possess a license to carry firearms and was placed under arrest by Trooper Thompson. It was also discovered LOPEZ does not possess a valid driver’s license.

Lopez was transported to the Concord Barracks for booking. A bail commissioner was contacted and set bail at $5,000 then scheduled LOPEZ for arraignment at Lowell District Court for the following charges: