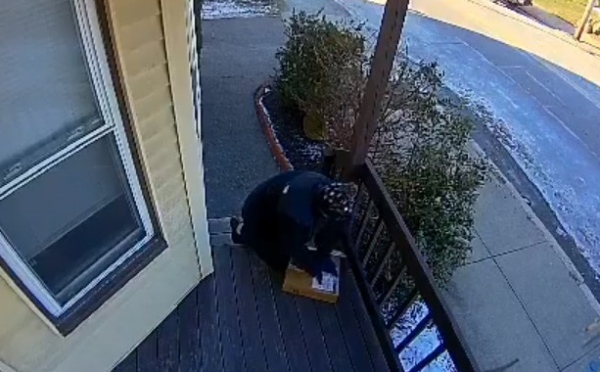 Massachusetts designated as the state safest from porch pirates

It isn’t uncommon to come across a post on New Bedford Guide that is a fan-submitted video capturing people committing crimes ranging from breaking and entering and stealing license plates, to assaults and robberies. There’s one that really raises the ire of locals because almost everyone has been a victim or we know someone who has is that of the porch pirates.

You may wait for a package or packages you ordered for weeks, patiently following the delivery updates and expected arrival time, and maybe even get a notification while at work that your package has been delivered. Then you get home to find no package at all. Checking your doorbell camera or that of a neighbor ends up showing some, ahem…gentleman or lady taking your package right off your porch.

The time of year when these curs are most active is when Christmas and Hannukah approaches. While it makes you angry enough to have something you ordered stolen, it makes you see the deepest shade of red to have packages stolen that had items you intended to gift someone with for the holidays. The thief is a pirate and the Grinch rolled in one.

Because we see the videos often, we might think that porch pirates are ubiquitous but it turn out that the opposite is true! Believe it or not, Massachusetts is the state with the least about of porch pirate activity according to FBI statistics.

That makes me wonder, “How busy are these guys and girls throughout the country if we are the safest?” Geez. Imagine if these jerks put the same amount of time and effort they expend driving through neighborhoods stealing as they go in their Krampus sleigh, into a bonafide business? They’d be millionaires!

The states with the fewest larceny thefts per capita were:

The states/area with the most reported larceny thefts per capita were: 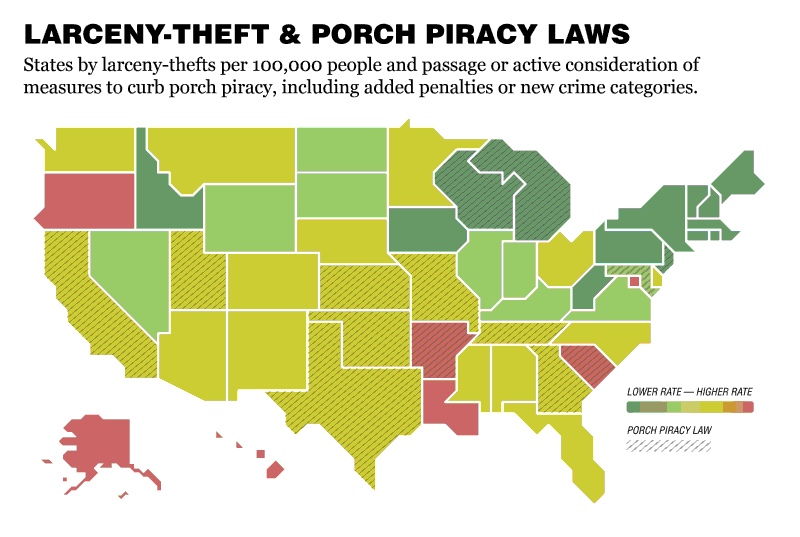 For contrast and comparison, the area with the most larcenies, the District of Columbia, experiences a whopping 3,775 cases a year while the Commonwealth of Massachusetts only gets 912 cases a year. New Bedford and Fall River have made up the lion’s share, right?

One of the reasons there has been an uptick in porch pirates stealing in the past decade is because most states, especially Massachusetts, will give you a slap on the wrist. The exception being Texas who made mail theft a felony. If you spend an hour or two doing it and rob 20 or more people and are convicted, you could face a 20-years in prison and a $10,000 fine. Make these rapscallions walk the plank, argh!

Of course, being the state with the lowest rate of porch piracy doesn’t matter when it happens to you.

So, how do we curb these activities of these lily-livered, scabby sea basses? Installing a surveillance camera or one of the doorbell cameras is one popular way. You don’t need to bother your neighbor for footage and you not only might be able to ID the person, but it’s powerful evidence in a court of law.

How do we prevent becoming a victim of porch piracy?
Some people buy themselves a lockbox and provide the USPS or UPS driver with a key. It’s essentially a mounted, bolted-down safe. You could also utilize an Amazon Locker which does the same thing, just not as convenient as having on your porch. However, the former is more expensive.

Finally, you could get text alerts or follow the package delivery updates and schedule being home by the time it arrives.

Have you been a victim of porch piracy and want to share it? Caught it on video? You can send your video, images, or story to info@newbedfordguide.com.