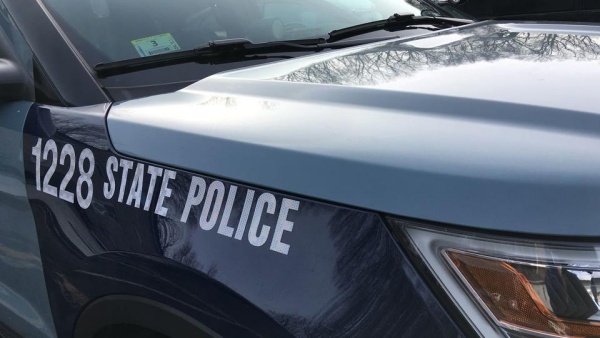 “Earlier today Boston Police broadcast a description of a stolen water tank truck owned by the Boston Water and Sewer Commission, and at approximately 12:20 p.m. BPD advised that onboard GPS indicated that the stolen truck was traveling on Route 495 southbound in Wrentham.

Massachusetts State Police Troop H Communications then determined that the truck was on 495 in Franklin. Moments later, MSP Troopers located the truck, a 2008 International 400SER, and attempted to conduct a motor vehicle stop. The suspect operating the truck refused to stop, and Troop H Headquarters authorized a pursuit and assumed command and control.

The stolen truck exited 495 onto Route 95 southbound. MSP notified Rhode Island State Police of the possibility of the pursuit entering their state, and RISP positioned a cruiser on the state line. The stolen truck crossed into Rhode Island and was pursued by two RISP cruisers. Moments later RISP advised MSP that the stolen truck was now on Route 195 heading toward Massachusetts.

A short time later, the stolen truck entered Massachusetts on Route 195 eastbound in Seekonk and Troopers from MSP Troop D picked up the pursuit under command and control of Troop D Headquarters. The pursuit continued eastbound into Fall River.

Shortly after 1 p.m. the stolen truck struck a tire deflation device put down by an MSP Trooper, sustaining a flat right front tire. The stolen truck continued to travel eastbound on the flat tire, and exited 195 onto Route 88 southbound in Westport. Several minutes later the suspect voluntarily pulled to a stop on 88, and the operator was taken into custody.

The suspect, a 48-year-old male, was transported to Charlton Memorial Hospital for evaluation. He will be summonsed to court to face criminal charges at later date.

The Massachusetts State Police Air Wing assisted in providing overflight support of the pursuit. MSP Media Relations will be releasing video from this incident later this afternoon.”