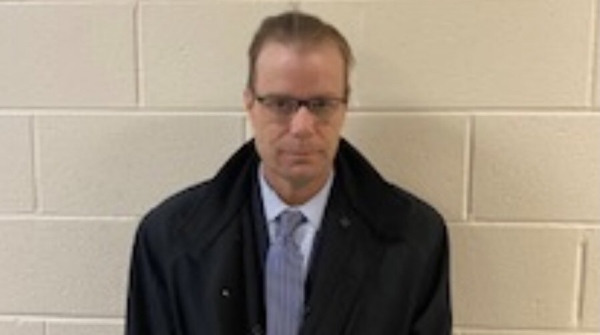 “At approximately 0902 hours on November 30, 2021, #NHSP #TroopA received call about a white SUV that as driving erratically on I-95 in the City of Portsmouth.

#Trooper Scott Garton, of the New Hampshire State Police Special Enforcement Unit was monitoring traffic from the State Police aircraft on I-95 Southbound in the Town of Greenland. Trooper Garton noticed a white SUV traveling at an extremely high rate of speed and clocked that vehicle at 114 MPH in the posted 65MPH speed zone.

Trooper Garton radioed to Troopers on the ground. The vehicle a 2017 Ford Explorer passed by the ground trooper’s location still in excess of 100mph. It was subsequently stopped on I-95 by Sgt. Christopher Storm, the subject was identified as, Craig Cooper, Age 51, from Amesbury, MA.

Sgt. Storm made contact with Cooper and determined that he was intoxicated. Sgt. Storm arrested Cooper and transported him to the Hampton Police Department where he was originally processed. It was determined that he would be transported to the Rockingham County Jail to be held for protective custody due to his level of intoxication. Once at the Jail, Cooper then assaulted two correctional officers at the Rockingham County Jail.

Cooper was charged with Aggravated DWI, Open Container, Reckless Operation and Simple Assault on a Correctional Officer. He is due to appear in the 10th Circuit Court Portsmouth District to answer to this charge on January 31 at 0800.