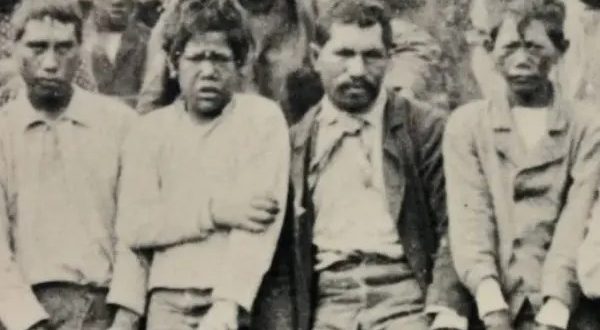 The tragic story of Massachusetts’ leper colony and the “lights of Penikese Island,” Dr. Frank Parker and wife Marion

The term “leper” typically conjures up images of people in India or biblical stories, but beyond that, there is not a heck of a lot known about the disease, its history or even that it has a connection with Massachusetts.

Leprosy, or Hansen’s disease named after the Norwegian doctor Dr. Gerhard-Henrik Armauer Hansen who first identified it in 1873, is an infection by the bacteria, Mycobacterium leprae. While 95% of the world has a natural immunity to it, 200,000 new cases are reported each year with about 150 of those cases here in the USA. Approximately, 60% of those are in India due to the isolation of many communities from medical facilities, poverty, lack of education leading to its identification by someone infected, and the stigma associated with it. 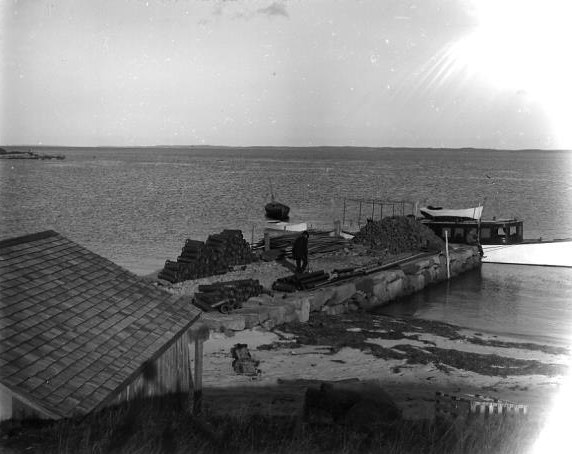 Leprosy is not only mildly contagious, but curable if caught early enough. If not recognized, or treatment is not sought out in a timely manner the bacteria spreads from the nose and mouth of an infected person to the skin and nerves of the body. The feet and hands are the first to suffer the effects and the nerve damage leads to numbness, loss of sensation, and muscle paralysis. This lack of sensation removes feedback the brain gets to things like heat and/or pressure, and in everyday life or the workplace, this can lead to loss of those digits – what most people associate with the disease.

Interestingly, there is only one other animal in the animal kingdom besides humans that can host the bacteria, armadillos. In places like Brazil, reports show that half of the nation’s population carry leprosy and here in the US, particularly in the south, the rate of armadillos hosting the bacteria is on the rise.

While today you can find a leprosarium or what is colloquially called a “Leper Colony,” in only a few countries, in the 19th century, they were found throughout the world including Europe and the U.S.A. In fact, one of the Elizabeth Islands right here in Buzzards Bay – just a dozen miles from New Bedford – was home to a leprosarium, the state’s only one. The 75-acre Penikese Island first discovered by Bartholomew Gosnold in 1602, was the site of the leprosarium from 1905-1921 – a site chosen because of the stigma associated with the disease and the general populace’s unfounded fear that it was highly contagious.

State hospitals simply weren’t interested in housing those afflicted with the condition because the trustees were more concerned about the “optics” of housing “lepers” so close to communities – that would hurt their “bottom line.” The idea of an isolated farm was bantered about but ultimately fear played a role in the locals and they did their darndest to make sure that wouldn’t happen.

No one, whether those in institutionalized medicine or the general populace, was interested in having lepers within their community. An “I wouldn’t touch him with a 10-foot pole.” was the sentiment and policy with everyone.

Fortunately, not everyone is driven by greed, intolerance, and fear – choosing compassion and kindness instead. In 1905, Penikese Island was purchased by the Commonwealth for $25,000 and those with leprosy were rounded up: Jose Rogeriquez, Goon S. Dub, Frank Pena, Mary Barros, and Yee Toy. The five were placed on a Fairhaven Branch Railroad train, brought to Fairhaven before setting sail to the island aboard the sloop, “Keepsake.”

Rudimentary housing was erected along with a clinic run by one man who was bold and brave enough to go against the tide, a Dr. Frank Parker. He arrived with his wife Marion and a modest staff to tend to the colonists. The colony would then grow over the years to take in more people inflicted with the disease and at its height, the island had just shy of 40 patients.

Considering that both Dr. Parker and his wife were living a well-to-do lifestyle in Boston and the doctor had a thriving practice, he sacrificed much to the poor ignored souls desperate for help, pain relief and hopefully a cure. The vast majority of those interned at the colony were immigrants reflecting a potpourri of ethnicities and nationalities, e.g. Portugal, Spain, Italy, Greece, China, Japan, Russia, etc. What they all had in common was the affliction, poverty, being immigrants, and speaking little to no English. The doctor and staff sure had their work cut out for them! 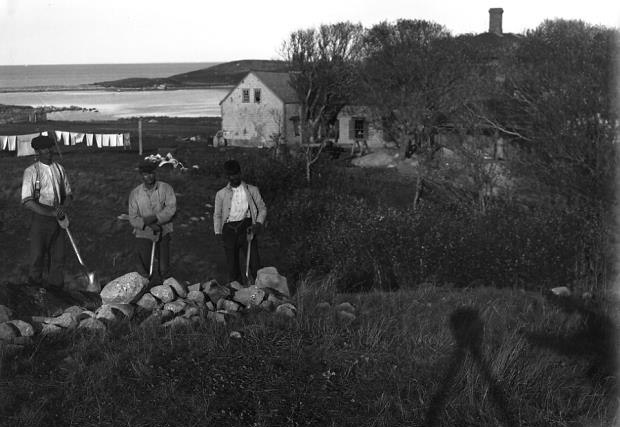 Imagine what it must have felt like to not speak the language, not understand the nature of your disease and the prognosis, be ostracized by the medical community, despised by your neighbors, incapable of maintaining a source of income, own a home, start a family, and along comes a light like Dr. Parker, wife Marion, and staff – a staff that could easily work anywhere else in the state.

The residents would not only receive medical attention, housing, and food but they would receive an education, work on the island doing light farming, landscaping, and doing leisure activities.

Often it is within humanity’s darkest moments that people rise to the occasion, step up to the proverbial plate. It is a shame that Dr, Parker’s work and that of his wife and staff don’t get the recognition in the state and nation’s history for what they did. They, in essence, ruined their reputation and income for a humanitarian cause.

In spite of the work being done on Penikese Island the Commonwealth never softened to the colony and preferred to end funding and shut it down. Dr. Parker had to frequently return to Boston to campaign and lobby for the colony to survive. However, there is little one can do when the powers-that-be have made up their minds. The governor of Massachusetts at the time, Channing Cox, fought hard to have the colony closed. He was likely heavily influenced by organized medical boards throughout the state, the majority of who did not want a leper colony anywhere in the state, even out of view. 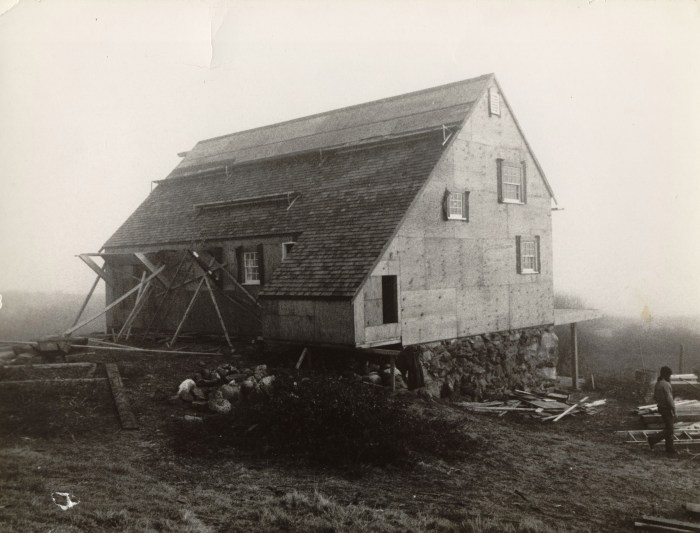 A large federal hospital was being erected in Carville, Louisiana and the governor made the order to shut the colony down and ship all its last 16 residents to the unfinished facility. He couldn’t even wait for it to be finished – he wanted them gone. They were ferried to Fairhaven aboard the sloop “Keepsake” again before being brought to the Philidelphia & Reading Coal Wharf in New Bedford where they were greeted by news reporters and a curious crowd clambering to get a glimpse.

Ironic considering that a group of people who were shunned by a society who wanted them out of sight, out of mind, now quit everything they were doing to now place them in their sight and mind. The Mercury reported that Dr. Parker and his staff openly wept as they made their goodbyes.

Here is a goodbye letter handed to Dr, Parker by a colonist as he departed for Louisiana. Keep in mind as you read it that it is written by a person who is not only poor, had little schooling beyond what he learned at the colony, and had Greek as his first language, but likely had missing digits.

Having said that, he still writes better than half the people on social media that have English as a first language.

I am here now 15 months with you, and now I go away from her I am sorry, very much, because I can’t repay that help you did for me. I thank you very much for your benefit you do to me and my sister. We never forget your noble feeling for us unhappy people.

I wish the God to help you and all your people as you desire, and I wish to meet you again outside some day. I say again I thank you very much. Excuse me because I can’t write very well to write you a few line words pleasant to you. 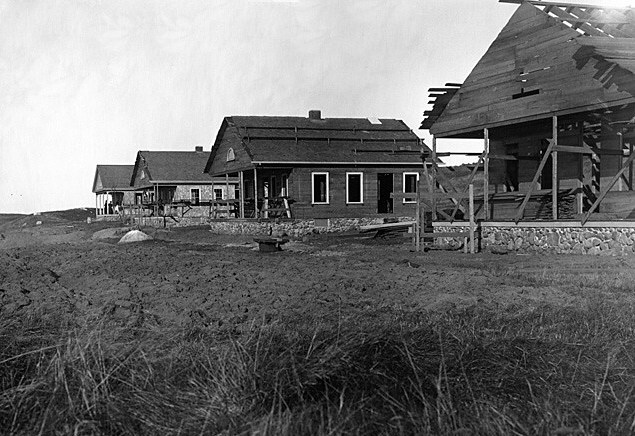 Devastated and heartbroken, Dr. Parker’s final assignment was to fumigate and raze all the structures on Penikese Island. All that is left is a small cemetery (containing the 16 that died while living there) and a few stone gate posts which you can still be viewed from Google Maps. Dr. Parker was very vocal with news reporters about the entire process and his feelings about the medical industry’s greed and lack of compassion – a compassion that is supposed to be driven by a Hippocratic Oath.

Because he dared speak against the medical community and what Governor Cox had done, he angered a lot of people. Governor Cox being a petty, vindictive individual decided that crushing Dr. Parker’s colony and breaking his heart wasn’t enough so he refused to give him his last few paychecks, cut off his pension, and even threatened to veto any attempt by legislators to pay Dr. Parker or re-institute his pension.

At 65-years of age, a social pariah, jobless and destitute, Dr. Parker and his wife relocated to Montana where one of their sons lived. Sadly, he would succumb to whooping cough shortly after. In 1996, the Massachusetts Statehouse held a ceremony where Dr. Parker was honored with a paltry plaque.

Today the Commonwealth still owns the island where it is used as a bird sanctuary. From 1973 to 2011 the island was a colony of sorts: it housed a school for troubled, special-needs juvenile boys, most recovering from opiate or alcohol addiction. You can view a documentary about the school called Castaways: The Boys of Penikese Island here. 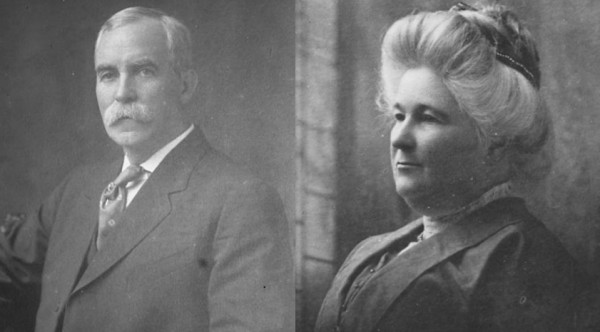 In 2015, an opioid-addiction treatment facility named Penikese was opened but in little more than a year, it closed its doors because of a lack of funding.

The story of the Penikese Leprosarium is both a story of tragedy, cruelty, and apathy and one of loving-kindness, compassion, and service to fellow man. It is also one of insight into societal behavior, an insight that is crucial to remember lest history repeats itself. People who were devalued, dehumanized and stripped of their dignity and livelihood as well as their families and friends found solace in Dr. Parker, wife Marion, and staff who reminded them of their value, humanity, and dignity.

For every Governor Cox and callous, apathetic groupthink mob that rears its head within society, there is a Dr. Parker and his ilk waiting in the wings to restore our faith in humanity.

When Joe isn't writing, he's coaching people to punch each other in the face. He enjoys ancient cultures, dead and living languages, cooking, benching 999#s, and saving the elderly, babies and puppies from burning buildings. While he enjoys long walks on the beach, he will not be your alarm clock, because he's no ding-a-ling.
Previous Who remembers … 5 Candy Bars from the 70s and 80s?
Next New Bedford responds to school committee member flipping off colleague