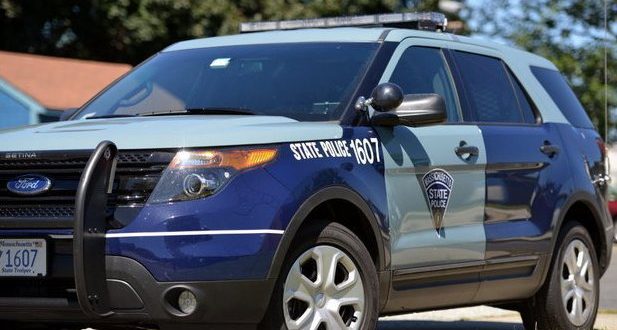 Just after 2 p.m. today Massachusetts State Troopers responded to reports of a disabled vehicle on Route 91 Northbound blocking part of the right travel lane and ramp to Exit 3 in Springfield.

Upon the arrival of a Trooper assigned to State Police-Springfield, it was determined the vehicle would need to be removed expeditiously as it was impacting traffic. After a tow truck was dispatched to the scene the operator of the disabled vehicle began arguing with the Trooper and then assaulted the Trooper.

The Trooper requested backup, resulting in multiple State Police and Springfield Police cruisers responding. Traffic was severely impacted in the area for approximately one hour.

The operator of the vehicle, identified as ELIJAH HENDERSON, 27, of Bloomfield Ct., was eventually placed under arrest and transported to the Springfield Barracks for booking. The Trooper was transported to an area hospital with minor injuries.

HENDERSON will be arraigned tomorrow at Springfield District Court. He was charged with:

1. Assault and Battery on a Police Officer;
2. Disorderly Conduct; and
3. Resisting Arrest.