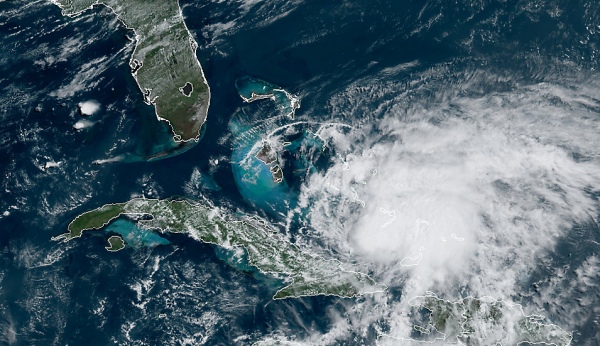 UPDATE: As of 10:00am Sunday Isaias is 50 miles away from Pt. St. Lucie in southern Florida and has been downgraded to a Tropical Storm” with maximum-sustained wind speeds dropped to 65 mph. While it has been downgraded in status, it has increased in overall size. It also still has the possibility over the coming days to return to hurricane status, but it is not expected to do so. Regardless, a tropical storm is still capable of wreaking havoc with its wind gusts, heavy rain, choppy seas, and flooding.

Isaias is expected to move along the eastern US coast and march north bringing with it severe weather, including isolated tornadoes. Current projections are that the tropical storm will stay inland as it heads north arriving in Massachusetts sometime early Wednesday morning. However, isolated thunder storms from the outer edges of the storm as it approaches the area will begin on Tuesday afternoon.

The 9th storm of the 2020 Atlantic Tropical season, Isaias. is currently in the Bahamas and strengthened into a Category One hurricane on Thursday night. Meteorologists project the hurricane to reach New England early Wednesday morning bringing with it high wind gusts, torrential downpours, thunderstorms, storm surges, and flooding.

Currently, the hurricane which has shifted slightly west/inland is heading for Florida and has wind gusts that are reaching as high as 90mph and causing regional flooding.

The storm is not expected to upgrade to Category Two.

If there is a cloud with silver lining it is that large regions of Massachusetts are experiencing drought conditions and the hurricane will bring much-needed water. 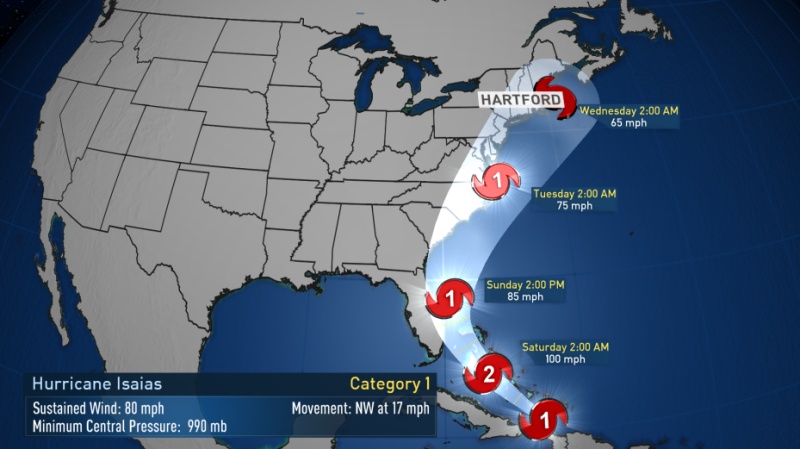