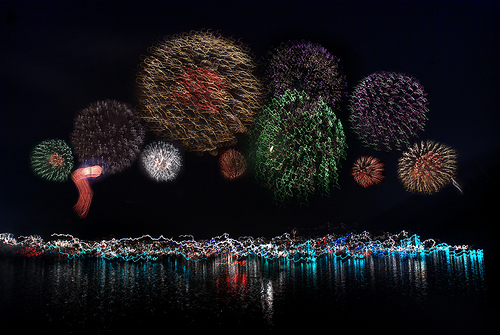 New Bedford area residents and visitors are invited to enjoy an evening full of free, family-friendly programming on New Year’s Eve in Downtown New Bedford’s Seaport Cultural District! Join us as we bid farewell to 2016 and ring in the New Year! Festivities will commence at 5:00 PM on Saturday, December 31, 2016. Program highlights throughout the evening include: street performers, stilt walkers, jugglers, fire-eaters, and so much more! New Bedford’s New Year’s Eve festivities will culminate with a spectacular fireworks display on the waterfront at 8:30PM.

New Bedford’s New Year’s Eve festivities will culminate with a spectacular fireworks display on the waterfront at 8:30PM.

NOTE: Fireworks viewing will NOT be allowed on the east face of State pier New Year’s Eve. Instead, fireworks viewers will be encouraged to watch from lower Union Street which will be closed vehicle traffic at Route 18 and Union Street, Union Street to N. Water Street.