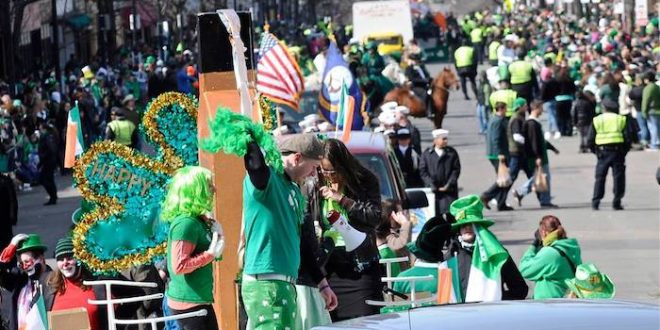 Boston’s St. Patrick’s Day parade has been canceled “out of an abundance of caution to ensure that we are doing what is needed to keep the residents of Boston safe and healthy” during the ongoing global outbreak of a coronavirus, Boston Mayor Martin Walsh announced late Monday afternoon.

There are 41 coronavirus cases in Massachusetts, including at least nine in Boston, the state said Monday. Walsh’s office said the decision to cancel the parade, which was scheduled to step off Sunday at 1 p.m. and wend its way through South Boston, was made in consultation with other elected officials and parade organizers.

“While the risk in Boston remains low, this situation is changing very quickly and we are closely monitoring any local cases,” Walsh said in a statement. “Our top priority is preventing any new cases, to the best of our ability, and we are paying close attention to guidance from public health officials.”

The mayor’s announcement came about three hours after the South Boston Allied War Veterans Council said that the parade “is still currently on” and that organizers “will rely on the determination of public health officials as to whether outdoor public gatherings in the City of Boston should be curtailed.”