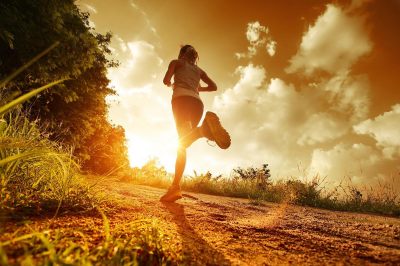 This past holiday weekend is a great reminder of the constant plight of our natural inclination to overeat and under exercise. However, Mother Nature seems to be providing us with a favorable glowing light to get back on the right track with a beautiful five day forecast. During this time, I encourage everyone to take advantage of the sunlight and hit the pavement running. Even if you are not preparing yourself for a marathon or a big race, this list is a set of guiding principles to help runners learn from my mistakes.

I’ve subjected myself to the many joys of distance running for several years now. In that time, there have been numerous occasions where I have picked up a copy of Born to Run or have been browsing through forums, and have come up with the ridiculous notion of signing up for a marathon out of the blue. This is not to say that I could not perform the marathon on any given weekend if subjected to an extreme amount of duress, but it is to say that I have time and again put myself in the physical position of running a long distance race without first putting myself in the mental state to do so. The result of which ends in overtraining and eventual injury. The result of those results is that I have never completed a marathon. And so if you are just starting out in your running careers, learn from my many mistakes and be leery of the pitfalls into which I so often fall.

Don’t Sign Up for a Marathon that is Ten Months Away
You may think that time is on your side for training. It will give you the opportunity to pace yourself, enjoy your runs, and ease yourself into the sport. Don’t think that time is your friend. Most experts will agree that an experienced runner should have to train for no more than four to five months to reach their peak physical condition for a race. For this timeframe to work, it has to be implied that the athlete is already an active runner with an ability to run for at least five miles per outing for at least three days a week. From here it is a slow and arduous progression over the course of what feels like a very long time, when in actuality it is not.

The obvious truth is that marathon training is both physically and mentally taxing. It is not to be taken lightly and is dangerous when performed for extended periods of time. Many runners will not make it to the finish line of the first marathon for which they train for the simple fact that they push themselves too hard for too long and end up with some sort of injury. Don’t be like me: pace yourself and stick to a realistic program. When you dedicate yourself to training five-sixths out of the year you’re essentially just telling the world your legs aren’t going to work in six months.

Don’t Overload on Supplements
When you delve into the seedy underbelly of the running world, you learn about the consistent swarms of peddlers ruthlessly pushing their wares on unsuspecting suckers. Supplementing your workouts with products like energy gels, Creatine, and sports drinks are going to do one thing: enable you to over-train. Don’t let yourself be fooled into over-training. These products mask the feelings of complete physical exhaustion and allow your mind to tell your legs that they can make it another eight or ten miles, when your body is actually resorting to burning muscle mass instead of fat to finish a run. This is incredibly dangerous. The reality is, so long as you can manage to run 50 or so miles per week, you will be able to finish the marathon. Don’t be like me and chug a pre-workout thinking you need to average an 18-mile jog for the sake of it being a Wednesday afternoon, it’s not necessary.

Don’t Train Everyday
The widely talked about, though illusive, runner’s high is a sweet, sweet mistress. If you come to the peak of her with just the right song playing through your ear buds, you fall into the danger of becoming a friend of Renton and his trainspotting slags. And like any high, its addictive. Highly addictive. If you aren’t careful to manage your expectations of training, you will find yourself literally and metaphorically chasing the dragon (though it’s not a literal dragon). Don’t chase that dragon. My best advice is to know how to limit your training. Your body needs rest, and lots of it, and will generally tell you when it’s time to take that rest, usually by reclaiming your legs’ ability to bend. So if you’re like me and think you can split a thirty-five miler over the weekend every single week, you’re going to get injured and it’s going to hurt your pride even worse than it will your IT band.

Don’t Break In Your Shoes (or Socks) on Long Runs
Your footwear is both your greatest asset and your worst enemy on the road. There is nothing quite as uncomfortable as the blisters received from training in a new pair of Sauconys, and nothing as irritating as putting off precious training days because you can only land on the outsteps of your feet. Breaking in a new pair of shoes is a delicate practice of both moderation and adjustment to just the right level of comfort. Don’t devote a long run to breaking in a pair of shoes. One fifteen-mile run does not equal three five-mile runs, so don’t try to cram all of your wear-in distance to a single outing. The worst thing you can do to dishevel your tightly wound routine is to hit the road in a stiff, cushioned pair fresh out of the box with too many miles in mind. This goes double for socks: find a brand you are comfortable with and put them on around the house to wear them in. Don’t think that because they’re soft and new that they aren’t going to rub against the soles of your foot for every concentrated stride. Because they will, and it will hurt so very much.

Don’t Alter Your Form
If you read running forums, it’s clear to you that forefoot striking is best. Simultaneously, heel striking is best. Also, pronation must be corrected, until it doesn’t, as does supination. Often times, injuries occur, and in some instances it is due to form, but more likely than not, it is from overuse. Don’t alter your form thinking it’s the culprit. Form is a tricky, case-by-case topic, but in most instances, so long as a form is comfortable and gets you where you need to go while using the least possible caloric energy per stride, you’re in the clear as a distance runner. A common occurrence to those training for their first marathon is the mistreatment of a slight injury. Say you twist your left knee. Instead of simply taking a day or two off to recover, an athlete will believe the cause to be bad form, and will work around the problem with slight alterations. A crucial fact most beginners do not realize is that every stride is just one unit in a vast whole. By slightly changing form to favor that injured left knee, you are actually putting strain on not only your right knee, but the entire right side of your body. Do this once and little will happen, but do it over the course of a long run, resulting in thousands of strikes, and you will be looking at a much greater problem.

Don’t Be a Hero in Practice Races
Marathon training gives you the right to be a flashy human being. The ability to run long distances releases chemicals in your brain that promote self-confidence, often resulting in a demeanor cockier than normal. The problem with this sense of cockiness lay in practice races. Don’t be overconfident in practice races. Being able to run twenty miles at a whack not only instills this sense of confidence, but a sort of downplay for huge events like 10ks or half marathons. The danger is going into a shorter race and thinking because you’ve run further in training that you can breeze right through the short distances. Don’t do this. There is no glory in finishing a half marathon in an hour and a half if you twist your ankle along your gloating way. These practice races are just that: practice. They are the opportunity to rehearse taking water, bathroom breaks, and, most importantly, knowing your pace.

Don’t Binge Eat
When you train for a long race, you can burn 1,000 calories without breaking a sweat (not literally, you’ll actually probably break a sweat). In so doing, you will come home with the hunger of a thousand gods. Mere mortals will quake in the horror of your unearthly feasts, and you will do this without gaining a single pound, in fact, you will probably even loose weight. Don’t let your hunger get the better of you. Remember when I mentioned the whole “don’t use supplements” thing? That only works when you’re refilling your body with the proper nutrients, electrolytes, and minerals that you sweat and burn during your runs. You may come home with the appetite to eat nine quarter-pounders and a hot fudge sundae, but this will only negate all of the work you just put in. Instead, limit your caloric intake and pay strict attention that whatever you are eating has nutritional value.

That’s it. That’s all I have for you. Don’t do these things and you just may be able to finish a marathon before I can. Now get out there and have a good time, you crazy kids.