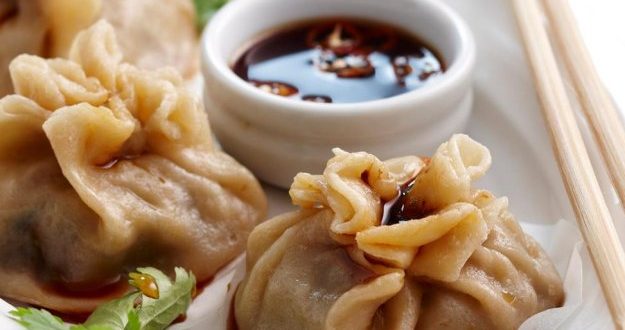 5 rarely ordered items to try at a Chinese restaurant

Chinese food is pretty much American food. Most of what is served at Chinese restaurants in America bears little to no resemblance to what you would find in China. Regardless, Chinese cuisine feels American – we order take out regularly, order it on Holidays when we don’t feel like cooking, and love sitting at the bar ordering cocktails with umbrellas in them, especially Borpion Scowls – which I believe sober people call Scorpion Bowls.

There is something so very American about sitting up late night with a special someone, cuddling and watching movies while having Chinese takeout. It’s delicious, affordable, and with an astounding array of choices, there’s surely something to appeal to anyone and everyone.

While you might have had one of these dishes, they rarely, if ever, pop up during a discussion of favorite Chinese dishes. Almost always, you hear General Gao/Tso/Tsao’s Chicken, Pu Pu Platter, boneless spareribs, Egg Foo Young, Chow Mein sandwiches or something similar. However, I’m willing to bet that most people would actually love the dishes on this list and even turn some into their new favorite, they just never hear about them.

We all know those friends who are terrified of leaving their food comfort zone. You know that one who has only ever order Luncheon Combo #5 and never tried anything else? I have friends who will not stray from the same 4-5 dishes no matter what. They just aren’t interested. We all have that strange friend who even orders a burger or French Fries when he goes to a Chinese Restaurant. I joke with my friends that I am pretty sure that if you order the burger enough times at you favorite Chinese restaurant, it will summon Jerry Seinfeld.

Anyhow, you may have never heard of these dishes (though the true foodies will scoff) but they are or were some of my favorite dishes to order. I intentionally only chose the ones that garnered a positive response from those who ventured out. So, nothing hardcore. You’re in good hands.

When Joe isn't writing, he's coaching people to punch each other in the face. He enjoys ancient cultures, dead and living languages, cooking, benching 999#s, and saving the elderly, babies and puppies from burning buildings. While he enjoys long walks on the beach, he will not be your alarm clock, because he's no ding-a-ling.
Previous Massachusetts man arrested for OUI, possession with Intent to distribute marijuana
Next Family Oriented Rope Fest Is Chock Full Of Demonstrations, Kid’s Activities, Mock Rescues, Food & Refreshments