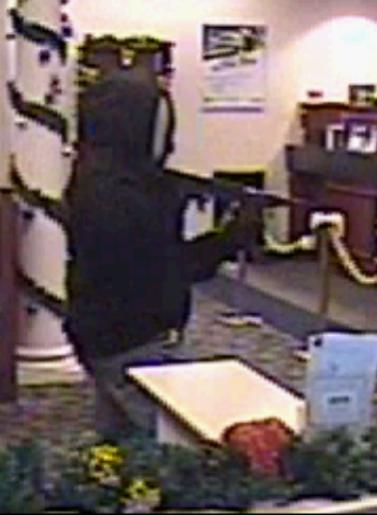 FBI agents and Massachusetts State Troopers assigned to the FBI’s Bank Robbery/Violent Crimes Task Force, along with the Taunton Police Department, are seeking the public’s assistance to identify a bank robber allegedly responsible for an armed robbery on December 24, 2014 at the First Citizens Federal Credit Union located at 280 Winthrop Street in Taunton. The “Christmas Eve Bandit” is considered armed and dangerous.

The suspect entered the bank, stated “Merry Christmas” followed by an obscenity, and then ordered the tellers to empty their cash drawers and fill a black duffle bag with money. The suspect was armed with an assault rifle with a banana clip capable of shooting a 7.62 millimeter round, possibly an AK-47.

During the robbery, the suspect pointed the rifle in the direction of the bank employees as they complied with his demand. One bank employee in the area of the drive-up teller window moved causing the suspect to fire a round into the wall.

The public is asked to view photos and surveillance video of the robber at https://bankrobberies.fbi.gov.

The male suspect fled the scene on foot, wearing a black mask, blue jeans, black jacket, gray sweatshirt, black boots and black gloves. The age and race of the suspect are unknown.

The FBI is offering a monetary reward of up to $10,000 for information leading to the identification, arrest and prosecution of the person responsible for this robbery. Anyone with information should call the FBI at 1-617-742-5533 or the Taunton Police Department at 1-508-821-1475. Tips can also be electronically submitted at tips.fbi.gov. 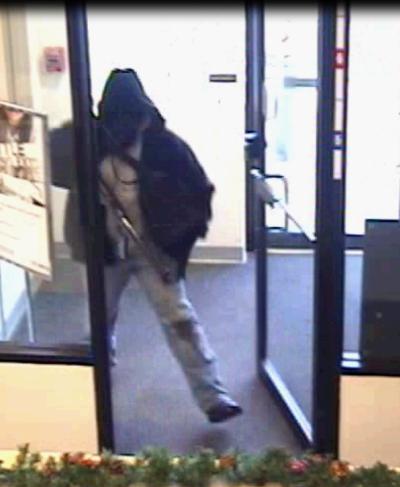 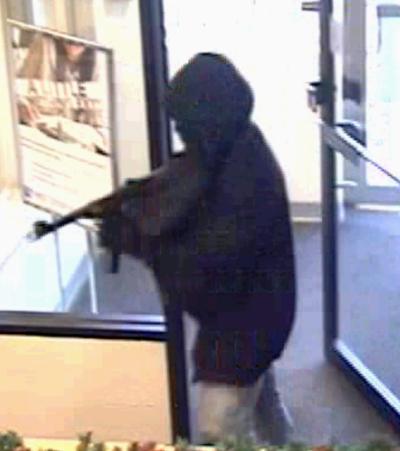