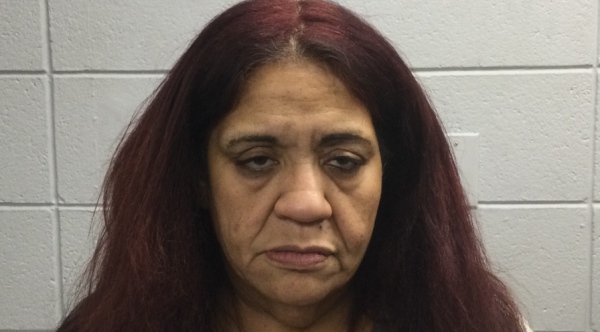 Friday, February 5: Wareham police responded to an address on Cromesett Road at 2:23 p.m. for a report of a female brandishing an axe and attempting to hit a person with it. While responding, officers were updated that the female had left the scene in an auto. The vehicle was spotted by Officer Jennifer Braley in the area of Marion Road and Gibbs Avenue. She stopped the vehicle, assisted by Lt. Walter Correia and Officer Zina Kelsch.

Sgt. Paul Somers responded to the original call location and determined that the female suspect had allegedly caused damage to the house and a vehicle parked in the driveway.

In addition, she reportedly punched a male in the face before arming herself with the axe. The victim stated that the female lifted the axe in the air and tried to strike him. The male was able to grab the axe, and the female suspect fled the area. This was not a random incident as the victim and suspect are known to each other.

Charlene Marino (53), of Wareham, was arrested and charged with two counts of vandalizing property, assault with a dangerous weapon, and assault and battery.