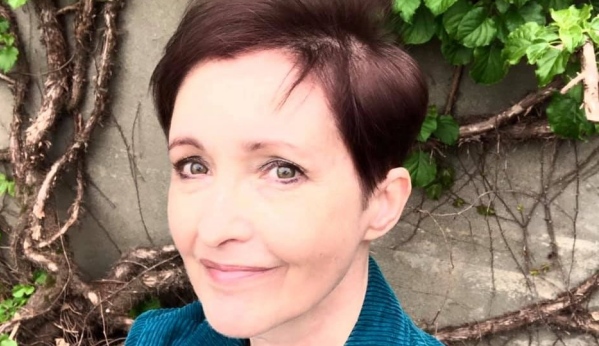 The Fulbright Program recently announced that Professor Anna M. Klobucka (Portuguese) is the recipient of a Fulbright research fellowship for residence in Portugal during the winter and spring of 2022. Klobucka’s research project, titled “Among Women: Cultural Agency, Sociability, and Sexuality on the Margins of Portuguese Modernism,” will examine cultural production and agency by Portuguese women who were active during the period of canonical Portuguese modernism in the early 20th century by focusing on structures of collaboration and sociability among them.

“As a naturalized citizen of the United States whose work has addressed Portuguese-language literatures and Lusophone cultural history, I am proud and delighted to be able to represent US academia as a Fulbright Scholar in Portugal. With this project, I seek to tell a different story of Portuguese modernism, one that attends comprehensively to the unprecedented flourishing of women’s participation in the country’s male-dominated cultural and literary sphere in the first decades of the 20th century,” said Dr. Klobucka.

To highlight and problematize the multifaceted activity of women as cultural agents in early twentieth-century Portugal, Klobucka seeks to uncover and map historical evidence of cultural work by Portuguese women who loved women. In her research, she has found that many of these women are little known despite having led extraordinary lives and part of her research will be directed toward biographical reclamation. Klobucka aims to draw out diverse narratives of individual women’s engagements with the opportunities of modernity and the challenges of patriarchal and heteronormative regimes governing Portuguese society.

Klobucka will visit Portugal during the first half of 2022 and will explore a wide variety of primary sources, such as periodicals and unpublished correspondence, held in both public and private collections. The product of this research will be a published book manuscript in English with a Portuguese translation.

At UMass Dartmouth, which she joined in 2001, Klobucka teaches primarily Portuguese and Lusophone African literatures and holds a joint appointment in the Department of Women’s and Gender Studies. She is the author or editor of several books on various cultural and historical issues in Portugal and the Portuguese-speaking world. Her articles have appeared in Colóquio/Letras, Luso-Brazilian Review, Portuguese Literary and Cultural Studies, Slavic and Eastern European Journal, and SubStance, among other journals. She served as Vice-President (2003-04) and President (2005-06) of the American Portuguese Studies Association and currently serves as editor of the Portuguese Language Textbook Series and co-editor of the journal Portuguese Literary and Cultural Studies, both published by Tagus Press/Center for Portuguese Studies and Culture at UMass Dartmouth, and as co-editor of the Journal of Feminist Scholarship. Klobucka holds an MA in Iberian Studies from the University of Warsaw (Poland) and a PhD in Romance Languages and Literatures from Harvard University.

The Fulbright Scholar Award program is one of the most prestigious research fellowships in the world. Since its inception in 1946, over 400,000 Fulbright scholars from more than 160 countries have researched a multitude of disciplines. The program is sponsored by the U.S. Department of State’s Bureau of Educational and Cultural Affairs.