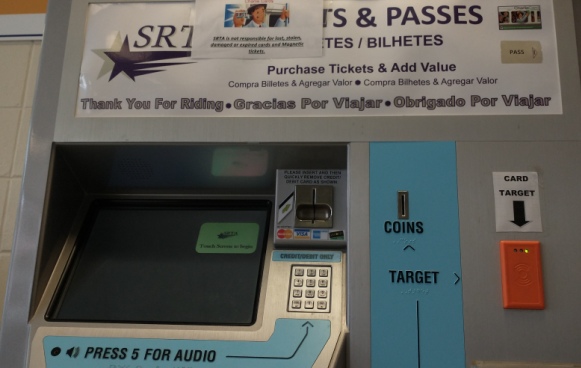 Effective immediately, Charlie Cards used by SRTA riders will reduce their fare from $1.50 to $1.25 per ride. Also, transfers within an expanded two hour time frame of boarding a SRTA bus will allow passengers not only to switch routes, but remain on the same route for a return trip at no additional cost.

One day SRTA passes, which allow riders unlimited trips with their Charlie Cards, will be reduced by a whopping 25%. And finally, agencies who purchase tickets or passes in bulk utilizing Charlie Cards will now have 18 months of value on the cards before they expire, up from six months.

Delivering more value to riders has been a goal of SRTA administrators for many years – but took on a new urgency during the pandemic. Fares were eliminated altogether at the onset of the emergency, then were reinstated at a reduced rate last April, 2021. When full fares were reintroduced on October 1, 2021, they returned at pre-pandemic rates as SRTA held the line at any fare increases to make up for lost revenue over the course of Covid-19 restrictions.

Running a transportation system at all times, says Erik Rousseau, SRTA Administrator, is a mixture of “art and science.” During the era of Covid-19, it has also called for a healthy dose of creativity. Which is how SRTA mapped out a strategy for giving riders more value with Charlie Cards when full fares were reinstated.

Charlie Cards already carried many benefits for riders. Previously, they also gave users a route discount – though smaller than the new discount to $1.25. They did previously facilitate transfers – but only between routes rather than being applied for a return trip on the same line as well – within the expanded two-hour window.

Then as now, Charlie Cards can be purchased – and refilled – with cash, credit or debit cards at SRTA terminals in New Bedford and Fall River. Or, except for SRTA specific passes they can be purchased and loaded with stored value or you can refill an existing one online on the MBTA website – www.mbta.com., they can also be registered so should they be lost riders can recover their stored value.

“The use of Charlie Cards has many benefits for SRTA riders and we’re very happy to add even more value to them with these new savings,” says Rousseau. “And, while saving money, Charlie Cards also speed your trip! That makes riders our partners in public transportation.”

Before and during the pandemic, enhancing the rider experience has been the mission of SRTA administrators. Enhanced value Charlie Cards follow a series of creative actions taken to position SRTA for its crucial role in the region for workers, students and casual travelers.

Real-time electric signage was introduced at SRTA terminals this year – which brought critical traveling information directly to riders. A successful application to MassDOT allowed the authority to apply funds to the popular Intercity Express between New Bedford and Fall River well into 2022. And, as the Covid crisis has eased, SRTA has not only held the line at fare increases but with this new Charlie Card initiative has actually found a way to reduce fares for its ridership.

“Ensuring that the SRTA transportation system throughout SouthCoast is as accessible and rider-friendly as possible will always be our goal,” concluded Erik Rousseau. “It’s about value for the rider – and the values we hold to deliver on that commitment.”

Find out more about fares, routes and schedules at srtabus.com.