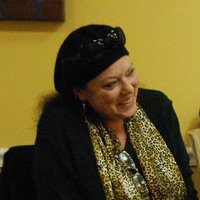 Mayor Jon Mitchell appointed Patricia Gomes as the City of New Bedford’s new Poet Laureate. The Mayor announced the appointment earlier today during an event at the Renaissance Community School for the Arts hosted by the Greater New Bedford Writers’ Block, in celebration of National Poetry Month.

“I am honored and excited to appoint Patricia Gomes as New Bedford’s new Poet Laureate,” said Mayor Mitchell. “Patricia is a New Bedford native and an award-winning poet and author. She is already engaging the community with her poetry and is eager to help celebrate our city’s beauty and diversity. I am confident that Patricia will represent New Bedford well during her term as Poet Laureate.”

Patricia Gomes said, “As a life-long resident of this loving city, I will do my very best to make its citizenry proud and promote the literary arts and in all forms. I look forward to a productive term as New Bedford’s Poet Laureate.”

The New Bedford Poet Laureate position is a three-year appointment to commence on May 1, 2014. The Poet Laureate’s duties will include raising public awareness of poetry throughout the community, engaging New Bedford Public Schools to enhance the teaching of poetry in the classroom, and creating poems for specific occasions as requested by the Mayor.

It has been several years since New Bedford has had an active Poet Laureate. The last two poets to receive the honor were John Landry, named in 2007 and Everett Hoagland, who served from 1994 to 1998.

This was first time the City invited poets to apply for the position under the auspices of the New Bedford Cultural Council. A five-member sub-committee of the body oversaw the application and selection process, and ultimately made a final recommendation to the Mayor. 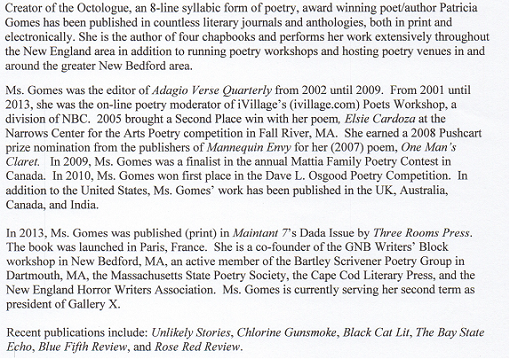