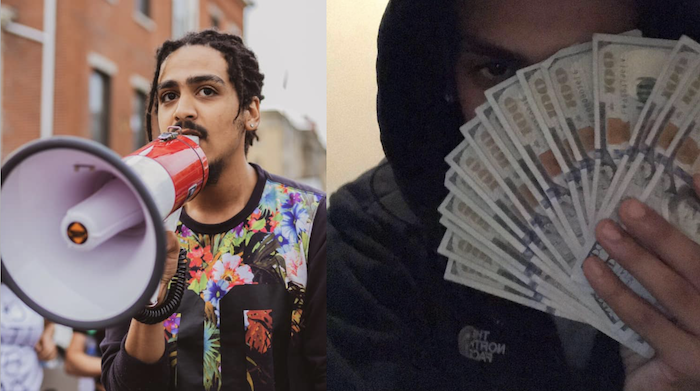 Two men were arrested for the July 26 shooting of two men at Petro Mart on Coggeshall Street in New Bedford to include a leader in the New Bedford Black Lives Matter movement.

According to New Bedford police, 24-year old Tyrell Woodis-Pina of Fairhaven and Giovanni Vale-Valentin of New Bedford have both been charged with discharging a firearm along with numerous weapons-related offenses. Another suspect, 23-year old Brian Ortiz of 2110 Phillips Rd. Apt. #19 in New Bedford, remains at large. A warrant is out for his arrest on numerous firearms-related charges.

Woodis-Pina’s Facebook page shows him at a Black Lives Matter rally in New Bedford during the day of June 2nd: 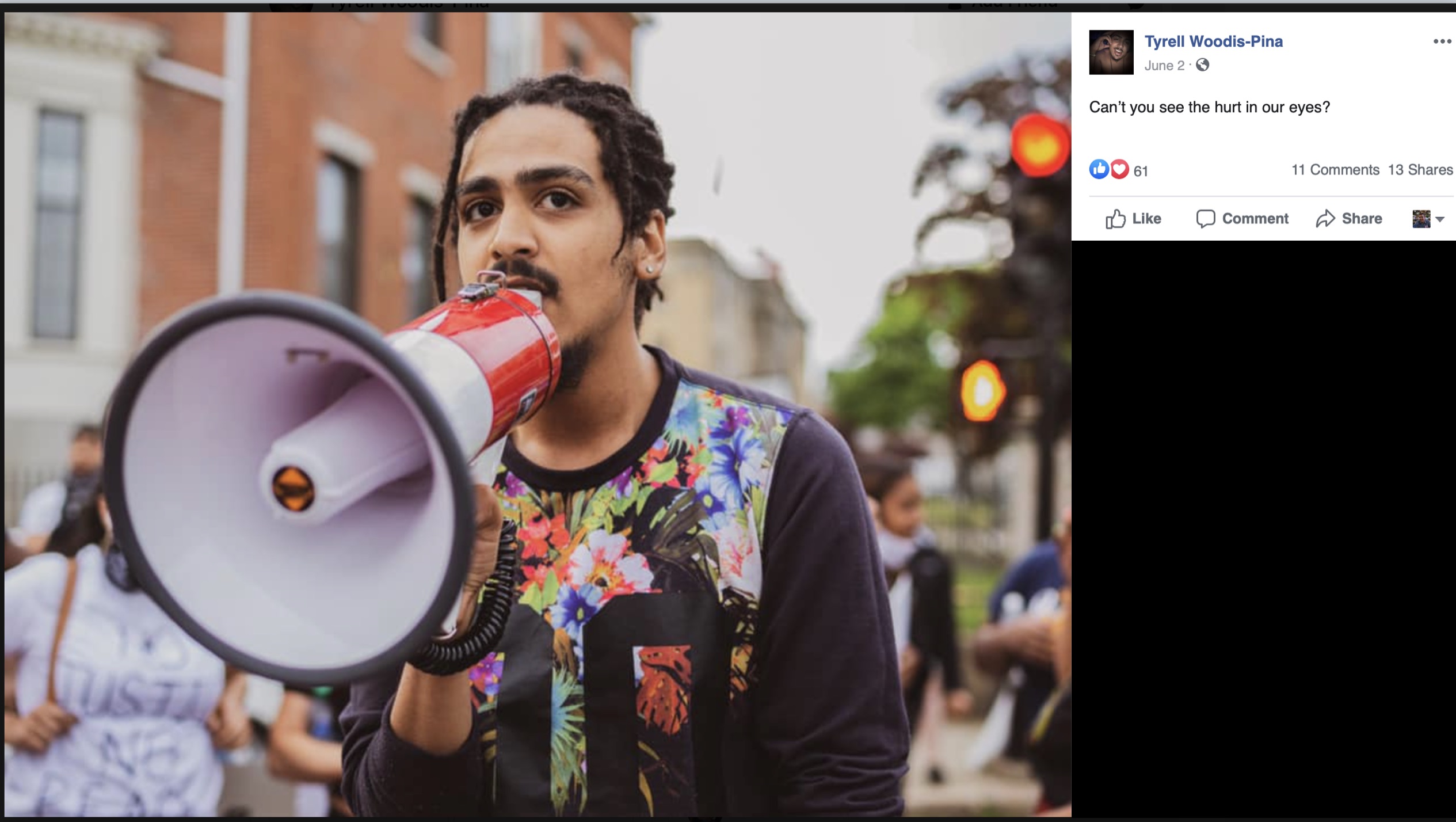 According to New Bedford records, Woodis-Pina was one of two people arrested for disorderly conduct the night of June 2nd after protesters illegally marched down Route 18.

Earlier in the day on June 2nd, after Black Lives Matters protestors shut down the New Bedford/Fairhaven bridge for a short time, Woodis-Pina threatened physical violence on a New Bedford Guide reporter (me) while simply covering the protest.

Woodis-Pina messaged New Bedford Guide to remove some protest photos that were sent to us and posted. He sent us a private message on May 30:

These are the photos, sent to use by someone at the protest, Woodis-Pina was concerned about:

Woodis-Pina states that he was shot last year and posted about going to court in March:

Woodis-Pina messaged us in October, telling us that his uncle shot him. 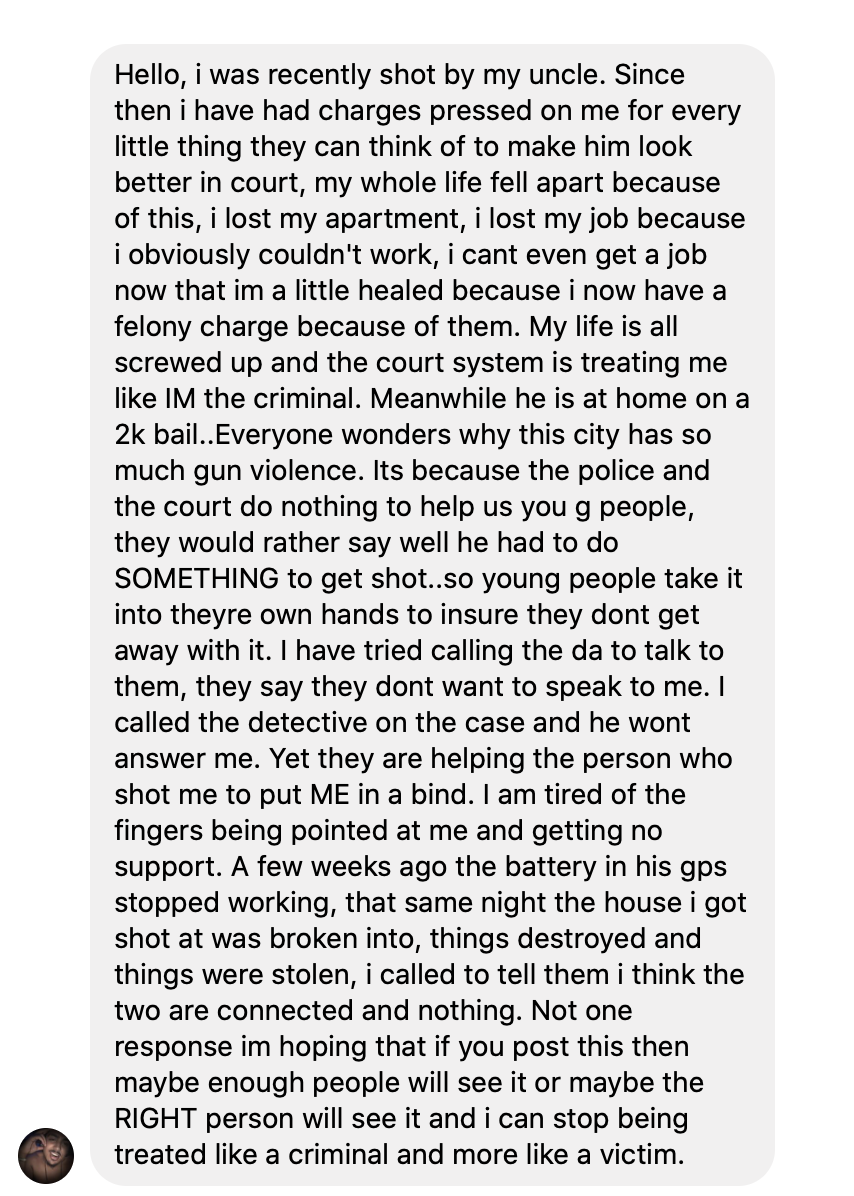