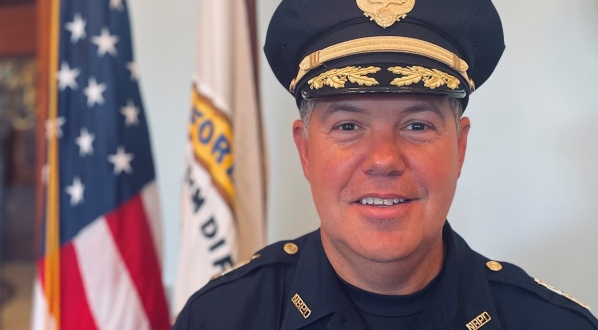 Mayor Mitchell stated that Oliveira’s decades of service in the department, his leadership experience as Deputy Chief, and his deep knowledge of New Bedford’s neighborhoods and public safety in the city will serve him well as Chief. Mayor Mitchell also noted that Chief Oliveira’s broad experience across the department lends perspective to his collaborative leadership style, and provides a deep understanding of the work and responsibilities of modern-day policing.

“Our police force has made significant progress in making New Bedford a safer city, and the residents of the city deserve a police chief who can continue that momentum and enable the officers who protect and serve our residents to keep our neighborhoods safe,” said Mayor Jon Mitchell. “Good policing is founded in the public’s trust, and that is true now more than ever. As a leader in the department, Paul Oliveira has demonstrated his commitment to fostering trust between officers and the residents they serve, and to the continuous improvement of the department. I am confident that he will continue to serve with distinction as Chief, and I am grateful for his dedicated service to the City.”

Mayor Mitchell noted that Chief Oliveira’s experience as commander of the Professional Standards Division, his knowledge of policing, and his leadership in the department as Deputy Chief have provided a strong background to lead the department. As policing has evolved, Chief Oliveira has worked to ensure the New Bedford Police Department remained on the cutting edge of trends in policing. As Deputy Chief, Oliveira also served as the department’s representative on the Police Use of Force Commission, which recommended measures to upgrade the Department’s policies that were adopted by the City and Police Department that included substantive guidance on de-escalation for tense situations, a ‘duty to report’ and ‘duty to intervene’ requirement, and mandated training on use of force policies, implicit bias, cultural competency, and working with individuals with mental illness and autism.

In 2012, Oliveira was promoted to the rank of Captain, and led the Professional Standards Division before his appointment as Deputy Chief of Police in 2016. Oliveira holds a Bachelor’s degree in Criminal Justice from the University of Massachusetts Dartmouth and a Master’s degree in Criminal Justice from Anna Maria College. He also graduated from Police Executive Research Forum’s Senior Management Institute for Police program.

In April, former Chief Joseph Cordeiro announced his retirement after five years of service as Chief of Police. Under Chief Cordeiro’s and Deputy Chief Oliveira’s leadership, violent and property crime in the city have declined significantly, the department has professionalized operations with a data-driven approach, and significant upgrades to equipment, technology, the police vehicle fleet, and facilities have been made.

“I’m honored to accept the role of New Bedford Police Chief, and I look forward to continuing to work with the men and women of the department who are dedicated to protecting and serving all the residents of our city,” said Chief Oliveira.

The Chief of Police is responsible for the overall planning, administration and operation of the New Bedford Police Department. The Chief is appointed by and reports to the Mayor of the City of New Bedford. Chief Oliveira will remain in the position in an acting capacity until a formal swearing-in ceremony is held. While the appointment is not subject to City Council confirmation, as he did after the appointment of Chief Cordeiro, Mayor Mitchell will ask Chief Oliveira to address the Council to present his vision for the department. 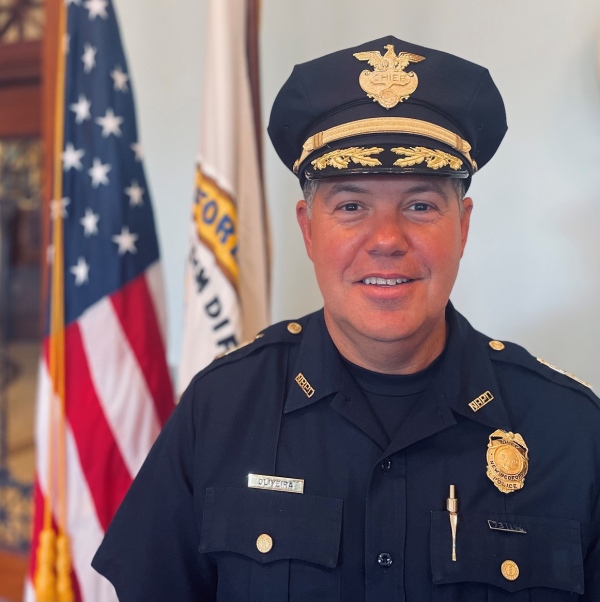