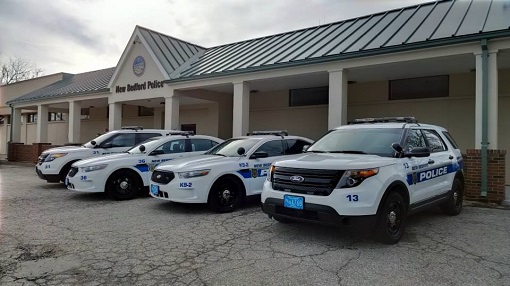 For example, 216 of the 229 police officers that answered the survey stated they were not happy with the working conditions at the New Bedford Police Department and that if given the chance 178 officers would take a job at another police department. The full letter and survey results can be read here.

Mayor Jon Mitchell and Police Chief Joseph Cordeiro believe the letter is a way to gain an advantage during negotiations and question the validity of the survey.

“It’s disappointing that in the midst of contract negotiations, the union would promote its interests by producing the results of a purportedly neutral survey,” stated New Bedford Mayor Jon Mithcell. “I believe that everyone would be better off by trying to talk through their differences directly with one another, and I know the chief has been willing to do just that.”

“This information is not a revelation. In fact, we recently had a strategic plan prepared by an independent professional that identified morale as having been low for the past 20 plus years. This same finding was reported in a 1996 department-wide study done by Bill Bratton. Having previously been a member of this union for nearly 30 years, it is far from the first time I have heard that “morale is at an all-time low”.

I care deeply for every member of our department, but I care deeply about the citizens of our City as well. As the Chief, you have to make difficult decisions that are not always popular, and holding people accountable is not always well accepted.

I am proud of our community policing and modern century relationship building initiatives like High Five Friday as identified by President Obama’s Task Force on 21st Century Policing. I am equally proud of all of our accomplishments as a department.

I will continue to advocate for a police department that implements consistent strategies developed in partnership with the community rather than one that implements tactics developed individually and imposed inconsistently upon it. I am disappointed that the Union has chosen this avenue to address their alleged concerns, but we are in the midst of negotiations which, I am sure, plays a role in it.

I am very proud of the men and women of our police department and have been their biggest supporter. I have worked long and hard for the betterment of our community, its residents and the members of our department and will continue to do so, positively, optimistically and unapologetically. My door has and will always be open to anyone wanting to have positive and meaningful dialogue.”