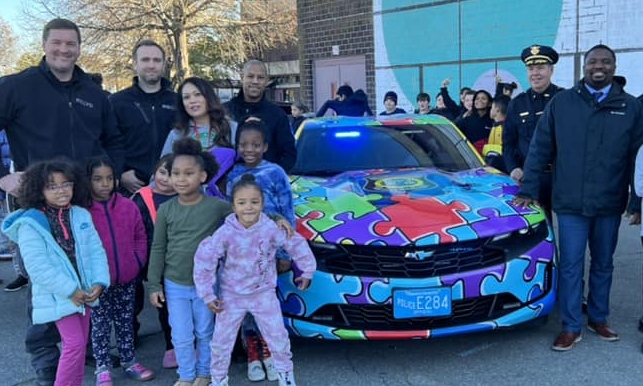 The new “Autism Awareness” patrol vehicle driven by New Bedford Police Chief Paul Oliveira stopped by Carney Academy and other schools throughout the city to show to kids and give them an opportunity to sit behind the wheel as well as take selfies.

Dog is man and woman’s best friend, so the NBPD also brought along their compassion dog, ‘Rosie.” Deputy Police Chief Adelino Sousa and other officers interacted with the kids, answered questions about the car, their duties, as well as discussed Autism.

The “Autism Awareness” patrol car will be utilized for community events throughout the SouthCoast, but day to day will be driven by the City’s School Resource Officers.

“Thank you, Sgt. William H. Carney Academy and New Bedford Public Schools for letting us come by to show the students our new Autism Awareness cruiser! 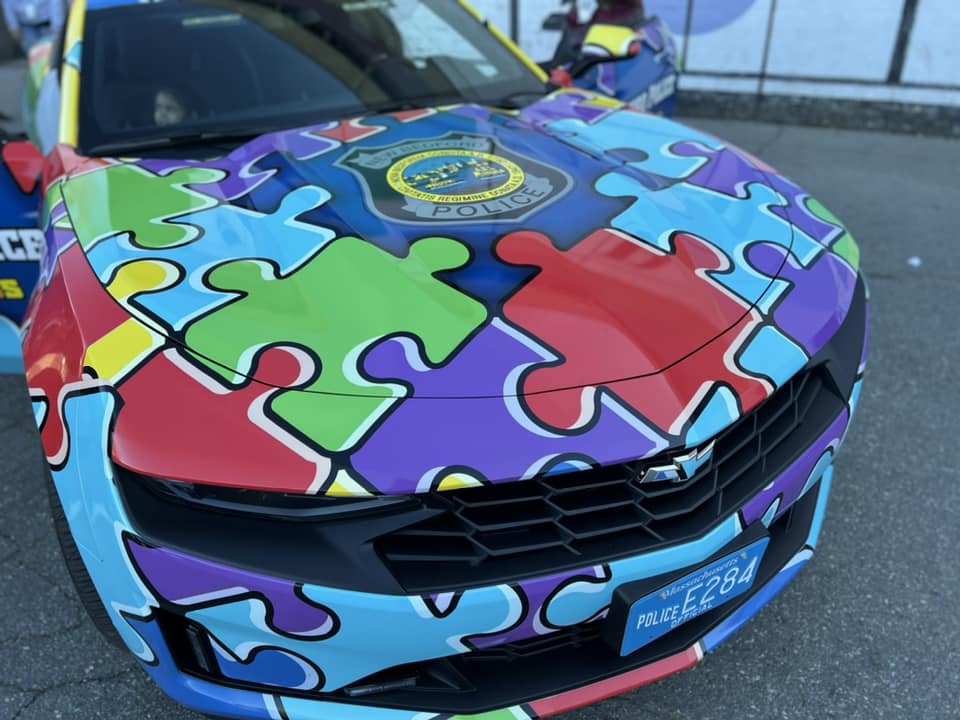 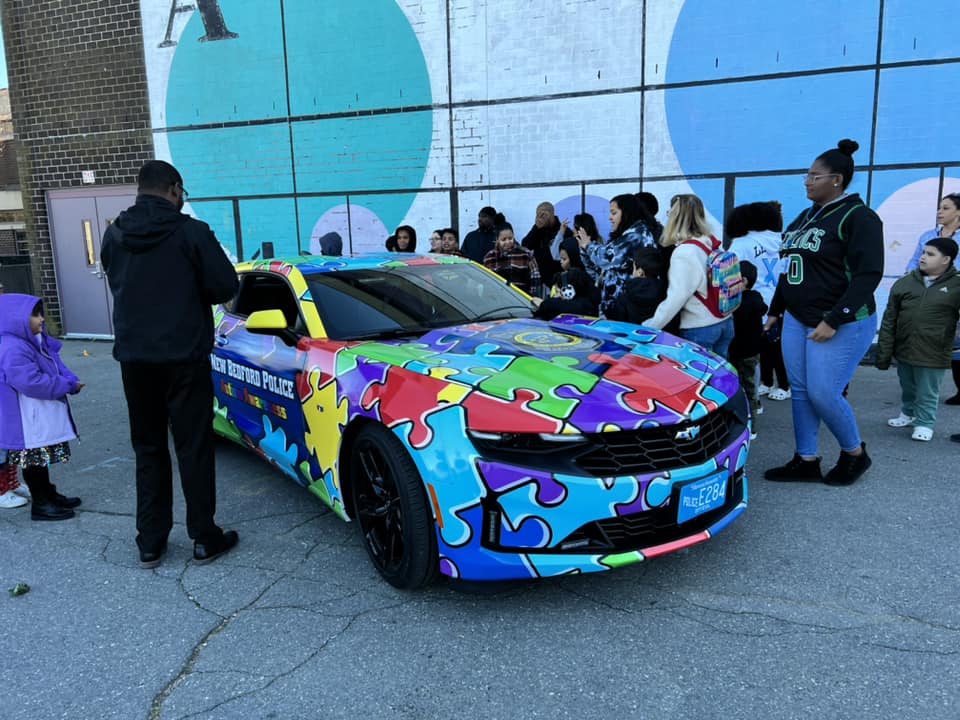 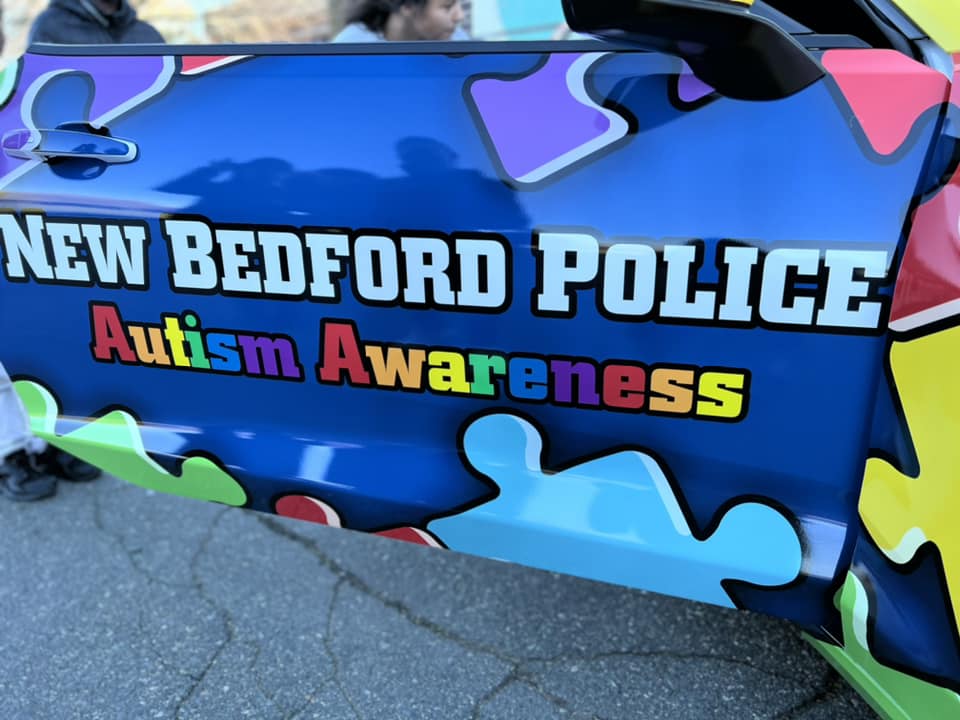