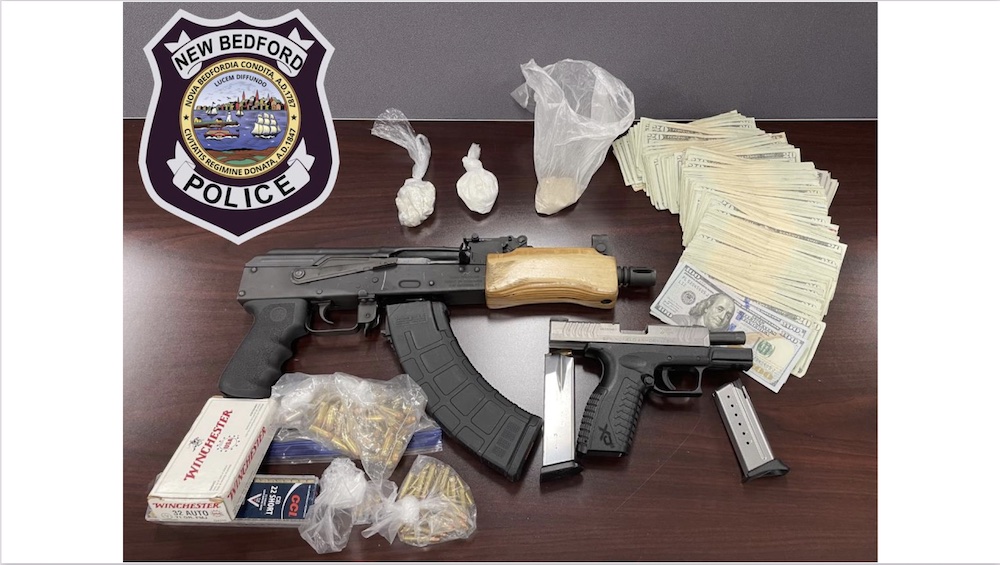 On June 9th, detectives assigned to the “Organized Crime Intelligence Bureau” executed a search warrant at 79 Linden St., apt. #3, as well as a 2014 Mercedes belonging to the suspect. The targets of the investigation were 25-year-old James Souza and his girlfriend, 26-year-old Caroline Rivera.

Subsequent to the search, Souza and Rivera were found to be in possession of approximately 50 grams of cocaine, 20 grams of fentanyl, digital scales, and packaging materials along with over $7,000 in cash. The couple was also found to be in possession of a loaded, 40 caliber pistol and a loaded mini–Draco AK47 style pistol along with 175 rounds of ammunition and high-capacity magazines. Neither suspect is licensed to carry firearms.

Souza has previous convictions for narcotics distribution and unlawful possession of a firearm. He was recently released after serving 3-4 years on these charges.

If you have any information on criminal activity in your neighborhood, the New Bedford Police Dept. wants to hear from you. You can leave an anonymous tip on our voicemail at (508) 991-6300 Ext. 1. You can also leave a tip at our website, www.newbedfordpd.com